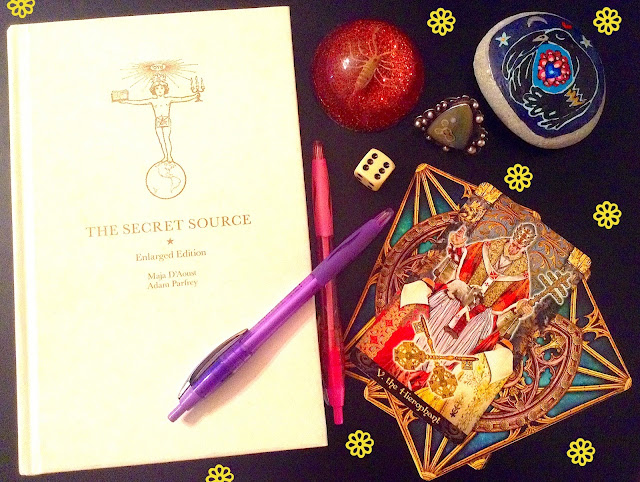 The Secret Source is not a bubbly book. Nor does it make for light reading.

It is the kind of thing one might pick up if one went looking for concise documentation of the last two hundred years of the occult or perhaps a paper trail revealing the history of the concepts presented in the pop culture phenom, The Secret.

If there are things about The Law Of Attraction that have you scratching your head or leaving you wanting, you might really appreciate this slim white read.

It draws fascinating links from the Law Of Attraction to Mesmerism, Rosicrucianism, the New Thought Movement, The Mind Cure, Christianity, Kaballah, and most prominently Hermeticism.

I sought it out after coming across Maja D'Aoust's lectures on alchemy online.

Maja is a witch and an intellectual badass, having worked for 11 years as the librarian at Manly P. Hall's super groovy Philosophical Research Society (which looks like something straight out of Roman Polanski's The Ninth Gate.)

And- so, while this book may not be for everyone, I am happy to include it as a worthwhile BOOK NERD contribution by a truly kickass witch!

★ "Many religions count desire as a downfall, a destructive influence. But the further back one travels through the annals of time, desire was viewed as a gift conferred from the stars into the hearts of man." -Maja D'Aoust

★ "People are naturally attracted to the idea of taking control of our lives and the lives of others, and taking charge of our destinies. But where do we draw the line when utilizing spiritual forces for our own good, or what we perceive to be the good of others?" -Maja D'Aoust

★ "There is no small amount of scientific research to support the fact that some form of energy can be transferred from one person to another through the windows of our eyes, the gateways to our souls." -Maja D'Aoust 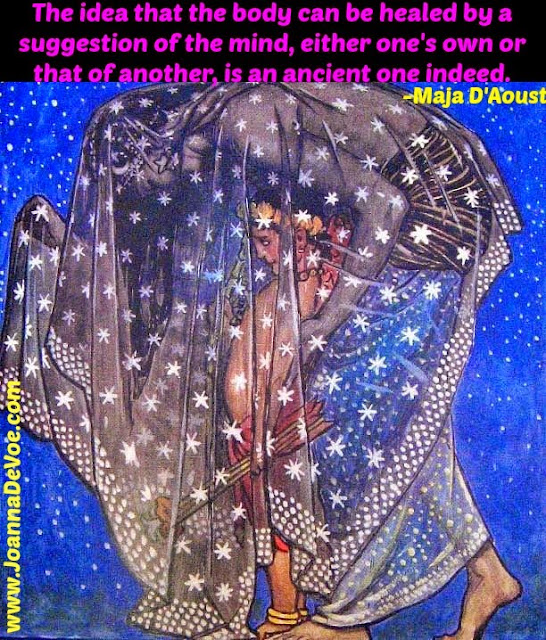 ★ "It is no small matter of consequence that Magicians study astrology and the nature of the stars in order to ascertain influence over matter. Some of the world's most infamous magicians throughout history look first to the stars before the cauldron for concoction." -Maja D'Aoust

★ "While the New Thought movement did a great deal to make an individual feel more responsible for his outcome, it also had the side effect of disconnecting the individual from a greater causality. Not everything can be traced back to personal and individual actions, and there are some things out of the realm of possibility for any individual to change." -Maja D'Aoust

★ "Within a super-capitalist environment that repeatedly attacks the conscious mind with the idea that consumption is the only way to achieve satisfaction, it's easy to see why The Secret is brightening the often-dim bulbs of hope within our culture." -Maja D'Aoust 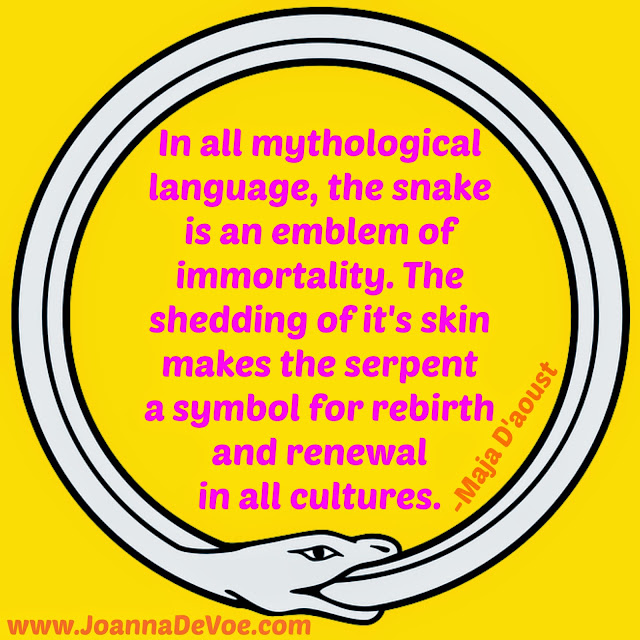 ★ "In Greek mythology, Pan, son of Hermes, was the god of shepherds and their flocks, hunters, forests, wildlife, and fertility- or the god of nature. From his name we get the word pantheism: Pan, the god of all religions. The pantheistic idea suggests that God-consciousness is everywhere in the natural world, a concept inherent in Hermetic literature." -Maja D'Aoust

★ "The word "pagan" simply means civilian, or rustic villager. It was used by the Romans to describe people who weren't Christians, or more specifically to refer to Romans who lived outside the cities and clung to the old Roman religion." -Maja D'Aoust

★ "...many philosophical systems have been inspired by the Hermetic Wisdom teachings. The Golden Dawn, Rosicrucians, Kabbalists and Sufis are all connected to the Hermetic mind. The fields of art, science, medicine, music, literature and architecture have all been touched by the Hermetic hand." -Maja D'Aoust

★ "In Hermetic philosophy, the hermaphrodite conjoins two opposing universal forces- yin and yang, male and female, hot and cold- to symbolize the original cohesive form of matter and the return to unity with the creator." -Maja D'Aoust ★ "The Kybalion has had a cult following since it's publication, and remains in print in various editions. The mysterious nature of the work probably adds to it's attraction." -Maja D'Aoust

★ "The Book Of Thoth was one of the most secret and desired objects of the Hermetic wisdom teachings. It contained spells that were said to be capable of manipulating the very fabric of our world." -Maja D'Aoust

★ "Magic, in general, operates through influence. The will affects the world through sway. There is an idea of being overtaken by an all permeating enclosure of energy that can drive decisions when influence comes into play." -Maja D'Aoust