The Journey Is The Destination : Traveling East With Pixie Campbell For The Summer Soulodge

My computer broke last night, the one storing my SAD To SEXY program, a couple of new videos, and many books, songs, pictures that I don't want to lose. None of it was backed up, because I ran out of space on my drive & didn't make getting a new one a priority. Big mistake! I know. 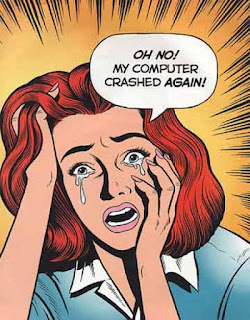 The timing is particularly stressful, because SAD To SEXY launches in a week & a half and there is still much to do. It's crunch time and so not a great moment for my laptop to be taking a 3 -5 day trip to the Mac hospital. None the less, thar she rests! For now. Hopefully she will come back a new woman- with all her past-life memories in tact.

In the meantime, I am using (& extremely grateful for) an elderly, over-sensitive computer that suffers from random black outs. I'm trying to be patient. Sometimes you just have to laugh at life's way of throwing a wrench in our best laid plans, often at the last minute.

One thing I did this afternoon to take the edge off was spend an hour catching up on the Soulodge program I'm participating in this summer, which seemed fitting as I had fallen behind the rest of the group, due to my manic, hurry, go-go-go "need" to get SAD To SEXY prepped on time. 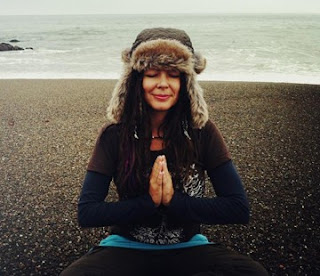 Pixie Campbell's Soulodge was EXACTLY what I needed. I now feel so calm, open & spacious. A little grin has fixed itself to my face.

This week's Soulodge journey was focused on Pixie's interpretation of the medicine wheel's EAST, representing air. I am new to working with Native American traditions and the medicine wheel, so this entire experience feels especially fresh and exciting.

One of our assignments was to take photos from a high perch, much like a bird of prey, scoping out the ground below. This is some of what I captured that way... 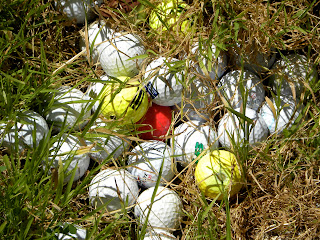 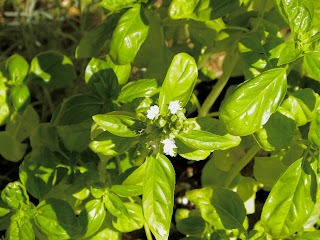 (Just noticed that this potted basil plant I've been using to make raw vegan pizza all summer, is starting to blossom with pretty, little flowers.) 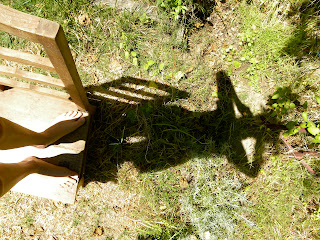 After I took a few photos, I just stood on my chair and looked around, slowly, carefully, taking in the smaller details of my yard, a tiny bug hopping from plant to plant and a squirrel who had probably been watching me from his favorite tree the whole time. I felt the sun on my shoulders and the breeze playing with my hair.

This was the moment I felt the most connected to Kestrel, the bird of prey that we've been working with to symbolize the East. I imagined what it might feel like, sitting in the wind and sun from a perch, high above the ground, watching life from a distance. There's a freedom to that. 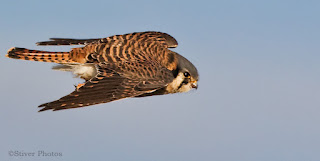 It also reminded me of the moment in Dead Poet's Society when Robin William's teacher character has the students take turns standing on his desk in order to see the world from a new perspective. It's a simple exercise, but it really does have a certain charm to it. 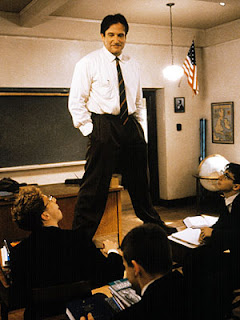 
The next exercise I took on was a kind of meditation journey, accompanied by a 20 minute recording of native drum beats & shakers. I've had some profound experiences with guided meditation & a couple of realer than real, deeply spiritual entheogenic-induced journeys (Yup... innocent me!), but this was a whole other thing.

I do own & have read a book called "Shamanic Witchcraft" and actually possess a tidy little collection of bongos, but for some reason, I have always held onto my skepticism about the depth of journey one could have using beats. I always assumed "those people" who claimed to go on these revelatory drum journeys were on drugs.

Now, I can officially say... I was wrong! It did take me a few minutes to get into the groove of Pixie's recording, but- after I let all judgements go, I found myself going on a journey as vivid as any dream I've ever had. This is how I described it to the Soulodge community...


Woah! I just did the 20 minute journey & it was amazing- much different, more exhilarating than I'd imagined it would be.
At first, it was difficult to quiet my mind & stop judging the experience, wondering if I was doing it "right", but I eventually settled into it by using my favorite breathing & meditation "tricks".
My favorite part was toward the end, when I guess the rhythm finally took me over & I felt like I was traveling through my own veins/pipes- there were many turns & dips & one long plunge down before I turned sharply into a chamber of sorts.
I, for whatever reason, expected to see a dark mass, but instead, entered a space of bright, pure (that's the only way I can describe it) bluish-white light & there were no more walls or boundaries.
I felt weightless & peaceful & then I saw a figure begin to materialize. It was a woman with silver hair, but she looked quite young. She was smiling & holding a sphere of light that she handed to me. In taking the sphere, I felt an overwhelming sense of love & when the journey ended, I had tears trickling into my ears.
This may seem far-fetched, but it's what I experienced. Too cool! I still have chills :O)


So that's that. Drum-induced journeying is or can be the real deal, Native American culture is fascinating & Pixie Campbell is a rock star!

If you'd like a taste of what it's like to work with Pixie, here's a Shamanic Journey Work TeleLounge podcast that she recently recorded for us all to enjoy. So... ENJOY. Awroooooooooooooooooooooo!