MY KiCKASS LiFE : A Magickal Blast From The Past & Another Photo Journal

Back in the day, back when it was all about KOSHi, I put together a lil' compilation CD of what I considered to be the 10 best female singer-songwriters in Los Angeles at that time, and Allison Sattinger was one of the artists featured on that album.

Allison's song "This Aint Livin" really spoke to what I was feeling in terms of striking out on one's own & breaking away from the corporate machine to live the artist's life. She was also the one artist on the album who I made friends & spent time with.

But- time marched on & we fell out of touch. She launched a fantastic jewelry business & moved up North to start an adorable family, and I became the kickass witch you know me as today.

I've thought a lot about Allison over the years & would occasionally swing by her etsy shop to see what new creations she came up with, so it gave me a great BiG, out-of-the-blue thrill when she randomly messaged me one day to say that she'd been thinking about me & wanted to make me a piece of jewelry.

And- I was equally thrilled when, a week later, this showed up on my doorstep...


"People come in and out of our lives, and the true test of friendship is whether you can pick back up right where you left off the last time you saw each other." -Lisa See

★ Check out this beautiful thing! Have you ever seen a more major ring?... 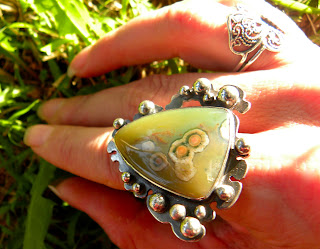 ★ This is the back of my kickass new prized possession. Just look at that detail! All the cutouts along the edge... the texture of the band... that darling Sunny Rising stamp (swoon)... 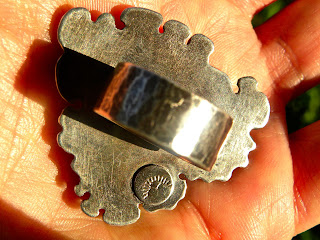 ★ My son & I were lucky enough to find two abandoned bird nests last weekend, a teeny tiny hummingbird home that looked to have been knocked from it's tree by overzealous gardeners and a much larger number that we stumbled upon during our afternoon walk. Of course, we took them home & gave them a place of honor on our nature altar... 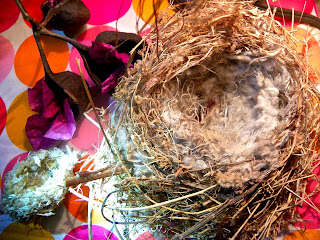 ★ Deep thoughts on a Monday morn, waiting for the bus again... 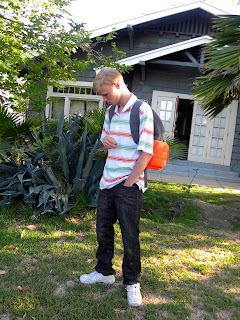 ★ This dapper dood overlooks my living room & serves as one hoot of a hat stand... 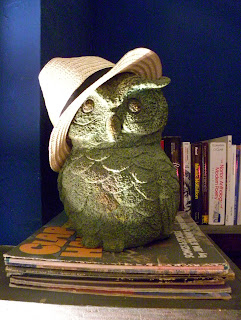 ★ An iris doing it's iris thang on the front lawn... 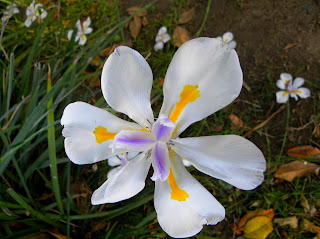 ★ Remember that pic I took of an alien last month? Well- it would seem that this bottle brush tree is the place that the local aliens like to gather! Either that or my penchant for snapping photos of it in the early morning light makes for some neat camera tricks... 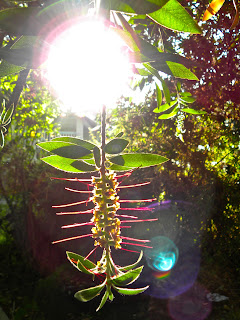 ★ My sister & I met with our kids at the half way point between my home in Los Angeles & her home in Bakersfield to try to take some nice-looking photos for our mom's 60th birthday. I say "try", because it didn't quite work out as planned. There was rain & a whole lot of wind, which made for some billowy clothes, squinty eyes & unruly, face-whipping hair. Oh well- it was worth a laugh... 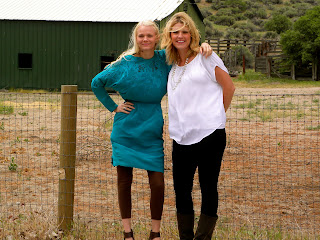 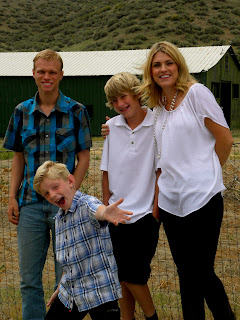 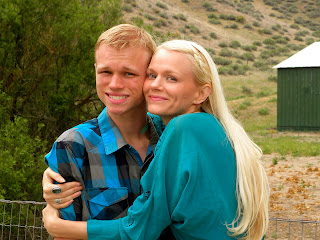