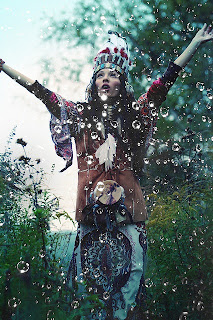 Archetypes are symbolic patterns that represent the various parts of ourselves. They present themselves to us in dreams & in our imaginations, showing up in our stories, our books & movies & TV shows, as The Hero, The Beggar, The Villain, The Queen.

Archetypes speak to a deep unconscious part of us, and they can evoke powerful emotion. That is why, thanks to the work of Dr. Carl Jung, they are often used in psychology and spiritual development.

Humans have been working with archetypal symbolism since the days of our ancient Pagan ancestors with their pantheons of Gods & Goddesses, which we later reworked into our fairy tales & now see acted out by modern day super heroes like Iron Man, Cat Woman & The X Men.

One archetype that is particularly close to my heart is The Witch. It is an archetype that I think deserves a reinvention in our collective unconscious, and I feel that the best way to do that is to repeatedly put out a positive image of The New Witch.

The New Witch is deeply spiritual, although that spirituality is not necessarily packaged in organized religion. She or he is a lover of nature, a healer, a magick-maker & a wonderful friend.

The New Witch is empowered & empowering, going with the flow of life & working with the cycles of nature. She or he is most certainly Kickass!

The subject of archetypes is a big one & I barely scratched the surface of it in this video. If you'd like to look further into this fascinating perspective, the obvious places to look would be Joseph Campbell's The Hero With A Thousand Faces and Carl Jung's Man And His Symbols.

Two books that present archetypes with a fresh perspective are Sacred Contracts by Caroline Myss and Women Who Run With The Wolves by Clarissa Pinkola Estes.

And- if you'd like to explore The Witch archetype specifically, The Witch In Every Woman by Laurie Cabot is a MUST READ. 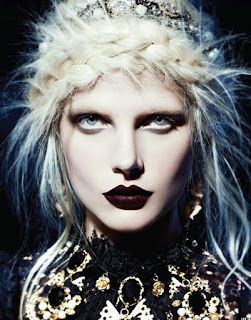 "All women possess a magical side of their nature that is embodied in the archetype of the Witch. Despite what many would have you believe, Her gifts are life-sustaining, empowering and restorative. The Witch personifies a woman's ability to intuit, create, enchant, protect, initiate, nurture, teach and heal. She is a figure capable of great judgement, compassion, endurance and strength." -Laurie Cabot