I LOVE the movies! I also feel it's a crying shame that there aren't more women allowed to shine behind the scenes in the film-making process. For whatever reason...

In 2012, women reportedly comprised 18% of all directors, producers, writers, cinematographers and editors working on the top 250 domestic grossing films, which represents an increase of 2 percent since 2010.

I would really like to see these numbers improve, and that is why I want to celebrate three women who are not waiting for permission to have their voices heard. They are women who are taking matters into their own hands in order to deliver some quality cinema.

★ The first is Brit Marling, the writer and star of The East, a movie I saw earlier this year.

Going in, I had no inkling that it was written by a woman, much less the woman playing the lead role, but I was so smitten with Brit Marling's cool, understated performance that, the second I got home, I immediately looked her up on iMDB and just about fell out of my chair with glee when I saw she'd actually written that role for herself!

The East is a movie that anyone, man or woman, can enjoy. It's so fresh & new, which is hard to pull off in the espionage genre, and I can't tell you enough how exciting it was to see a female action hero acting like a real woman kicking butt in a uniquely feminine way.

She wasn't swinging from the rafters in a skin-tight cat suit or exposing voluminous cleavage while packing heat in another boring shoot em up bang bang... She was using her wit, MacGyver-like abilities & rock solid morality to stick it the bad guys. 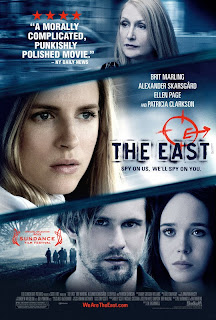 ★ I recently went to see In A World, a quirky romantic comedy set in the world of voice over production, for the sole reason that I wanted to support a film that was written and directed by a woman, not to mention the fact that that same woman, Lake Bell, also held the starring role... a triple threat!

I had no expectation beyond that. So- I was super delighted to discover that it was actually good. It was sweet, surprising and really quite funny. It's also still in theaters, so go check it out & show Hollywood that, YES, women can sell movie tickets! 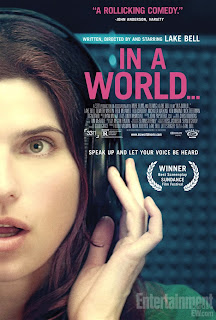 ★ Nicole Holofcener is a writer-director that I have been faithfully following since 1996, when I was first charmed by her simple, honest portrayal of two best girlfriends played so convincingly by Catherine Keener & Anne Heche in Walking & Talking.

I actually own that movie on VHS & have watched it many times.

Her followup films have been equally charming, every one of them (Lovely & Amazing, Friends With Money, Please Give), so I am really looking forward to seeing her next, Enough Said..., which comes out later this month & stars the late James Gandolfini in what looks like a warm, touchingly funny portrayal of new & old love...


*I also feel compelled to mention that we lost Nora Ephron (When Harry Met Sally, Julie & Julia, Sleepless In Seattle), one of my all time favorite women in film, last year, and well... I miss her! 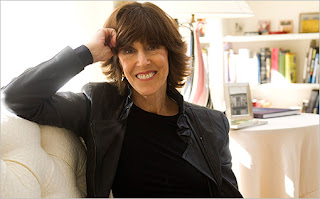