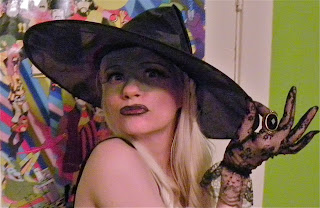 ★ The Full Moon looked amazing from my front yard on this perfectly clear, warm October night. I don't know how my camera managed to pull off such an awesome pic, but I'm tickled that it did... 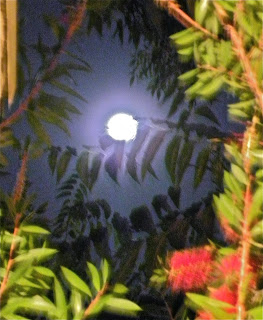 ★ This is my new fave pic of The Tan Man! He was standing in the front yard to check out the full moon & the porch light created just the right amount of back-lighting for a semi-artsy shot... 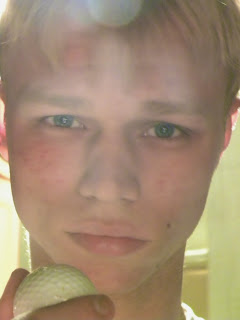 ★ A wonderful woman named "Jet" with punk rock pink hair & a bevy of kickass stories sent me this deck of Soul Cards (bottom & top left). They are larger than a typical tarot deck and reading them requires you to rely on your intuition rather than a corresponding list of meanings. They have a dark, beautiful tone that feels like the artist, Deborah Koff-Chapin, created them straight from the depths of her psyche. When I drew this card, featuring a woman cradling her own golden body, my immediate take on it was "self care"... 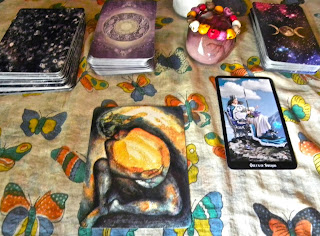 ★ I have been quietly working with my first one-on-one client for a little over a month now. I'd been approached to do this so many times that I finally just told myself, "the next person who asks me if I work with people on an individual basis will get a big fat YES." The interesting thing is that within the next 24 hours, that happened! I have really enjoyed working with this sweet-funny woman, and, before each phone session, I always light a special candle that is especially designated for that purpose. Smells like hazelnut coffee... YUM! 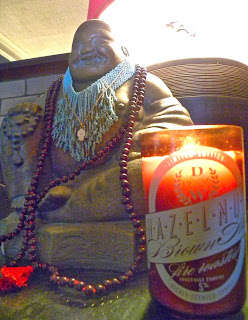 ★ Tanner got invited to two Halloween parties this year, and we wanted to save his new, store-bought costume for the bigger of the two, so we busted out last year's "Golf Ball Head" costume for the first. As you can see by the golf balls in the background, this costume is no stretch... 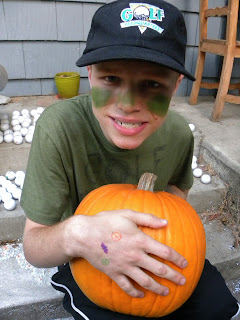 ★ The Tan Man on his way to a Halloween Dance Party! He was so excited & I must've taken a jillion pics. After the party he was proud to announce that he got to dance with his "favorite girl"... 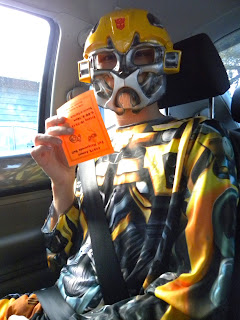 ★ Billy & I were invited to a rock & roll party in a 3 story bachelor pad up in the Hollywood Hills. This is what I thought was going to be my sexy witch costume, but when we got there & found ourselves surrounded by dozens of scantily clad models in skyscraper platform heels, a line from one of the first episodes of Sex & The City popped into my head, "Suddenly, I felt like I was wearing patchouli in a room full of Chanel". Oh well... I do like patchouli. 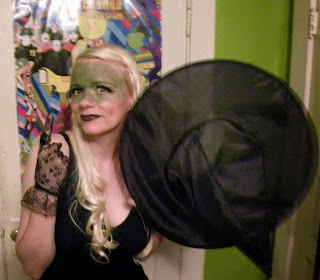 ★ I've been with The Hubs coming up on a dozen years now & was convinced that nothing he could do at this point could ever surprise me. I was wrong! I thought he thought he was too cool to wear a costume. Nope. This guy lost his mind over this Boba Fett get up... 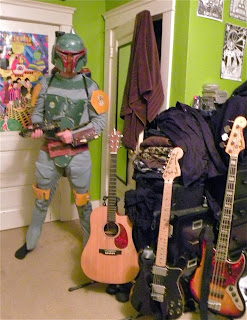 ★ Billy aka The Hubs turned 36 a few days before Halloween. Tanner & I eat a milk-free, gluten-free diet, so he got to keep this sinfully decadent chocolate mousse cream pie all to himself... 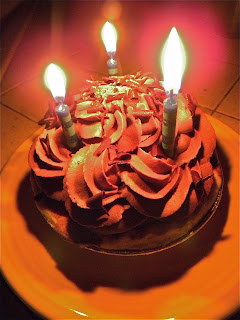 "Delicious autumn! My very soul is wedded to it, and if I were a bird I would fly about the earth seeking the successive autumns." -George Eliot