The Holiday Paleo Bake Off : A Photo Journal

My sister just got engaged to a very sweet guy. Daryl is awesome with her two boys & a perfect match for Stephanie in terms of religion (Christianity) & athleticism (marathons, triathalons, volkslauf, oh my).

He also eats a mostly Paleo diet, which means someone has finally bridged the proverbial gap between my sister & I. All of our lives we have been as different as night & day, without much in common to bond over... until now!

I've been eating a gluten-free, milk & sugar-free, whole foods diet for many years & have, in recent months, developed a crazy obsession with Paleo recipes. They take the gluten-free thing to a whole other level in terms of both taste & nutrition, and I am super excited to have a new family member who shares my fixation.

So- I decided that we should exploit the one thing that we have in common & have ourselves a lil' Paleo Bake Off this Thanksgiving. We each got really into making our respective contest entries & heckled each other over what the winning goodie would be. Would it be...

Or- Joanna's version of these Pumpkin Swirl Cheesecake Squares? (Clean Eating With A Dirty Mind via Paleo Parents) 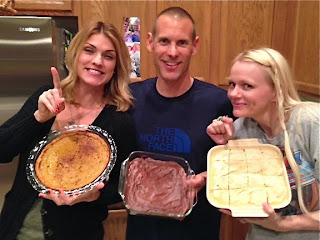 I was going to just spray paint a wooden spoon gold & call it "The Golden Spoon" award, hoping that we could keep the competition going from holiday to holiday, letting the winner of each contest display the spoon in their kitchen until the next round.

But- my dad thought he could do us one better & he did. He made us a Golden Spoon plaque fit for a champion & I assure you this blurry photo does NOT do justice to his kickass crafty creation... 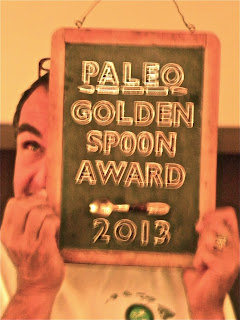 Here I am, posing with my YUMMY contest entry. No- that is not a black eye- just a bit of smeared mascara. That's how excited I was... 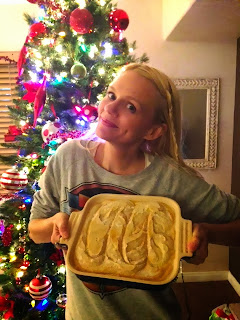 Do not let Stephanie's cool exterior fool you. She is a fierce &, some would say, highly aggressive competitor... 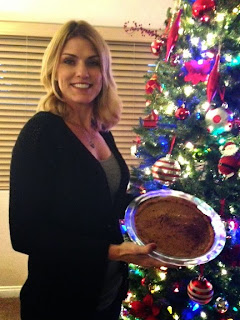 Take for example the way she ruthlessly pressured Judge Grandma into giving her a vote. Still- her underhanded tactics were no match for my culinary sorcery... 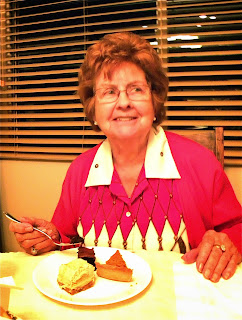 I won! Of course my victory shot is even blurrier than the pic of the Golden Spoon. Interesting that Stephanie was the one holding the camera. Hmmm... 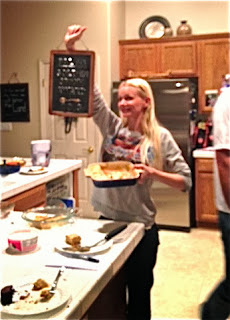 All sibling rivalry aside- Tons of fun was had &... food, very GOOD FOOD.