THE WiTCH LiST : 10 Kickass Quotes That Demonstrate The Magick In Failure... 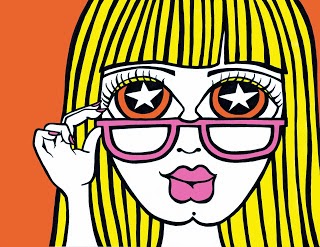 In honor of KiCKASS WiTCH's 2 yr anniversary, I am dedicating this entire month to the BiZ WiTCH series that you all have been asking for...

Yay! I aim to please & Biz Witchery is one of my favorite subjects!

So- I am kicking things off today with a podcast on one of the most important principles for any BiZ WiTCH on-the-rise to understand...

★ It is impossible to live without failing at something, unless you live so cautiously that you might as well not have lived at all, in which case you have failed by default. -J. K. Rowling

★ The world is divided into two categories: failures and unknowns. -Francis Picabia

★ Winning is great, sure, but if you are really going to do something in life, the secret is learning how to lose. Nobody goes undefeated all the time. If you can pick up after a crushing defeat, and go on to win again, you are going to be a champion someday. -Wilma Rudolph

★ Failure after long perseverance is much grander than never to have a striving good enough to be called a failure. -George Eliot

★ Success is stumbling from failure to failure with no loss of enthusiam. -Winston Churchill

★ For every failure, there's an alternative course of action. You just have to find it. When you come to a roadblock, take a detour. -Mary Kay Ash

★ When I was young, I observed that nine out of ten things I did were failures. So I did ten times more work. -George Bernard Shaw

★ Many of life's failures are people who did not realize how close they were to success when they gave up. -Thomas A. Edison

★ I don't believe in failure. It is not failure if you enjoyed the process. -Oprah Winfrey

★ I can accept failure, everyone fails at something. But I can't accept not trying. -Michael Jordan