BOOK NERD : Kickass Quotes From The Elements Of Natural Magic by Marian Green 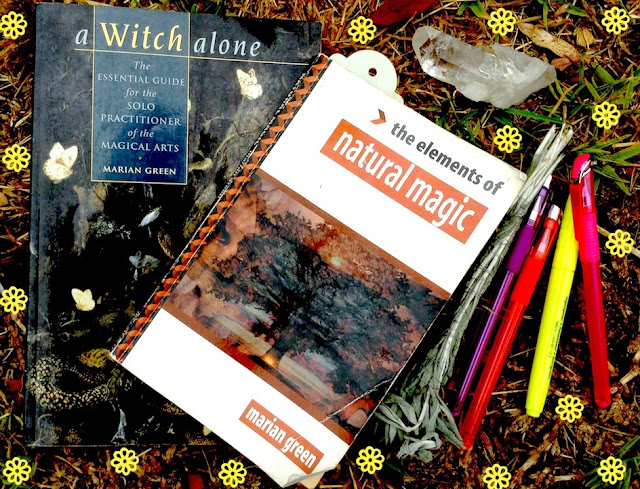 This is a very special book. It is slim, but packed with all kinds of magick.

Marian Green is a witch who loves Nature, as most witches do, but she is also a witch who has made it her business to spread that love around, which she has done perfectly well in a number of excellent books.

My first Marian Green book was A Witch Alone (so good!), which is laid out in 13 parts as a year and a day program. That's how I read it too- right along side Christopher Penczak's The Inner Temple Of Witchcraft. I followed them both simultaneously and with absolute sincerity as my devoted first year and a day experience, and it gave me a priceless foundation for the spiritual path I walk today.

The Elements Of Natural Magic is a book I picked up shortly there after, and it became quite precious to me. It feels so personal, like a sweetly simple but deeply profound love letter to Mother Nature and the magick that she (and every single one of us) holds within...

★ "It is by rediscovering our magical links with Nature that we will be able to recover our kinship with the powers of Creation and recreation." -Marian Green

★ "We are the stuff of stars; our atoms, which we have taken in with our food, are the same atoms which came out of the Creation of the Worlds! Every tree, plant, animal, jewel and other person shares this ancient heritage." -Marian Green 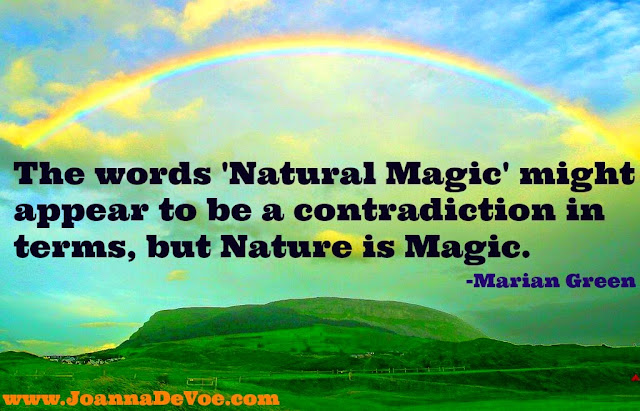 ★ "Out of doors all kinds of powers and energies are available to us if we gain the confidence to sense and use them." -Marian Green

★ "Natural Magic has to be performed out of doors to be one hundred per cent successful, so the sooner you get that idea into your head, and begin to try it out, the better... If you are working with Nature, you go to her." -Marian Green

★ "As the gravity of the Moon raises and lowers the tides of the sea each day, so her position, and her waxing and waning power also affect us, particularly at those levels of our inner life over which we have no conscious control. The patterns of our dreams are Moon led, and the peaks and troughs of our emotions can often be determined by the phase of the Moon." -Marian Green

★ "Once you have got to know a few real trees, or a forest full if that is possible, you will then be able to create an inner doorway into the Wild Wood, where adventures may happen and much Natural Magic has it's roots." -Marian Green 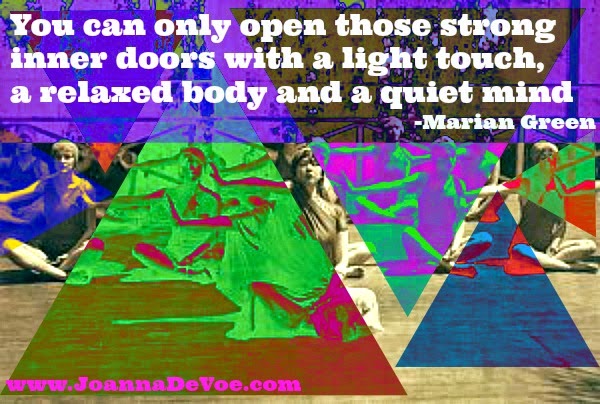 ★ "Seek to become aware of those inner levels of your being, your heart which rules your feelings, and your spirit which is eternal." -Marian Green

★ "The hero tales, the myths and legends; are not a mere form of entertainment from the days before radio and television, they are encoded programs, working on aspects of our inner minds which have the power to set free our imagination, vision and clear sight of things from other times, both past and future." -Marian Green

★ "A talisman is a 'magical magnet', carefully and individually prepared for a sole purpose. It is not a mass-produced item bought from a supplier, no matter what the advertisement may promise! If you need a talisman, you should make it yourself." -Marian Green

★ "Every piece of occult work is a leap into the dark. Every spell you utter, every talisman you make is an experiment, and the results will depend entirely upon your sincerity and dedication, rather than your knowledge or expertise." -Marian Green

★ "The more you allow yourself to be still in the presence of Nature, the wider open your subtle senses will become, unhampered by the rush and bustle of the everyday world." -Marian Green 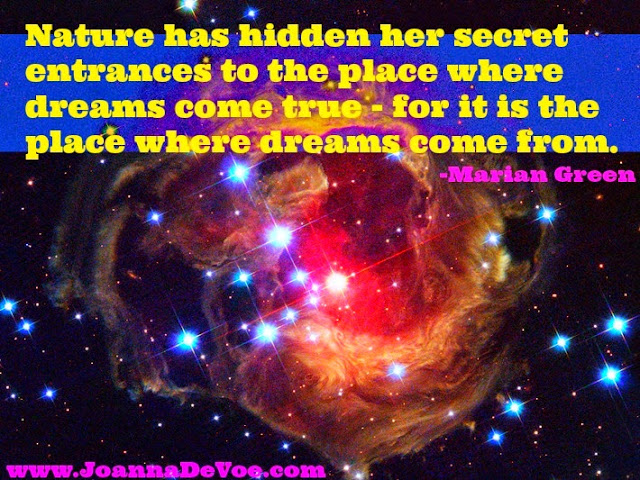 ★ "Our first step towards understanding what magic can do is to acknowledge change as a part of the world we all live in." -Marian Green

★ "Learn to control and change your consciousness, your perceptions on several levels, and you can change the entire universe." -Marian Green

★ "Magic is about change, and the awareness and control of that change. The more aware you become, first of what is the usual state of things and then of any changes, the more control you will gain of those changes. It is a matter of perception." -Marian Green

★ "Unless we are willing to respect love and honour the Earth as a vast living entity, any magic using her forces is a waste of time." -Marian Green