BOOK NERD : Kickass Quotes From Transforming Fate Into Destiny - A New Dialog With Your Soul by Robert Ohotto 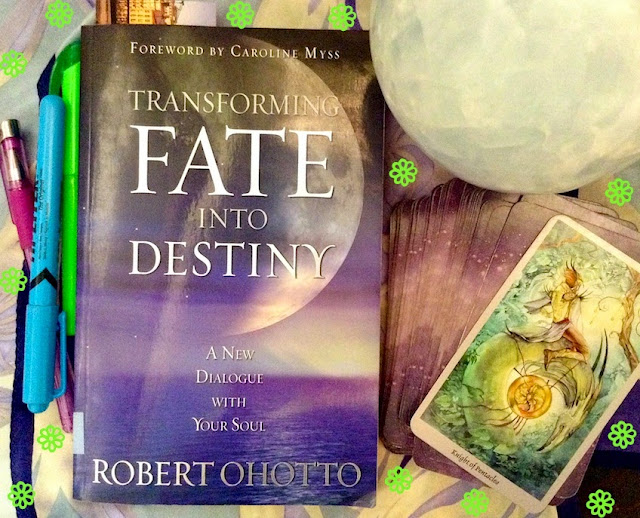 FULL DiSCLOSURE : I love Robert Ohotto. Love his radio show, Soul Connexions. Love his unique tell-it-like-it-is take on astrology and the Law of Attraction, as well as his uncanny intuitive ability. You might even call me a "super fan". Goodness knows I've mentioned him enough times here, there & everywhere...

But- I'm not sure I share his beliefs that we each chose the conditions of our individual lives before we came to be on this planet or that we have a soul contract to fulfill. Both beliefs appeal to me, and I would love for them to be true. I also sometimes throw the term "soul contract" around, because I think that it holds a great deal of value.

However- I am a person who feels that we don't get to definitively know these things, not in this life anyway. I prefer instead to live for the mystery!

Does that take away from my enjoyment of or the lessons I've learned from Robert Ohotto's work?

His advice is always sound, his understanding of "the shadow" is profound, and his emphasis on discernment totally rocks my world.

The man is brilliant.

That is why I am so pleased to share with you some of my favorite quotes from his book, Transforming Fate Into Destiny...  ENJOY!


★ "Transforming Fate into Destiny is the process of becoming your authentic self so that you manifest the mystery of creation, actively embodying purpose, joy, and meaning. You'll never know all of who you are, yet you must live out as much as you can while respecting your own mystery. This is at the root of a destined life." -Robert Ohotto

★ "Destiny is the doing, Fate is the being." -Robert Ohotto

★ "From psyche, we derive the word psychology, which actually means 'soul wisdom' or the study of the soul." -Robert Ohotto 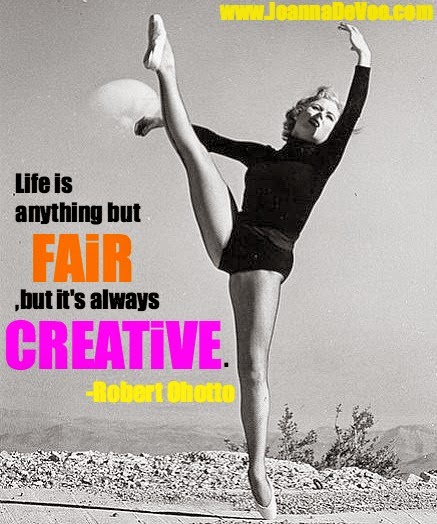 ★ "As soon as you hear yourself say that something isn't fair, make a note that your inner victim is speaking..." -Robert Ohotto

★ "To begin a process of self-realization in earnest, we must learn to dialog with the personal unconscious and all of it's contents. But it doesn't speak the language of the rational mind; it uses the language of the soul, which is primarily a symbolic form of communication via our dreams and imagination." -Robert Ohotto

★ "Authentic surrender occurs when we release the ego as the center point of choice and let the soul decide." -Robert Ohotto

★ "... in order to develop soul-esteem, we must direct all actions dealing with self-improvement toward the awakening of the good that's already present in us- and always has been." -Robert Ohotto

★ "If you're in touch with your true passion, a creative obstacle is meant to help you bring it out more effectively in the world." -Robert Ohotto 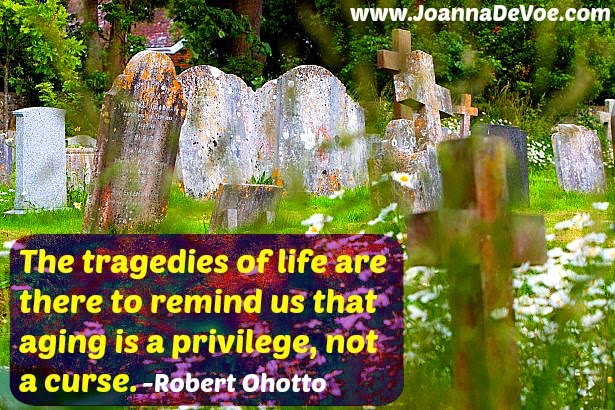 ★ "Embrace each dark night of the ego as a new opportunity for an unknown creative aspect of your soul to be incarnated into your life." -Robert Ohotto

★ "On the surface, it may seem as if opposites attract, but projection shows us that we're more like that "opposite" than we care to admit." -Robert Ohotto

★ "Every prayer is answered without exception, but you must employ acute awareness in perceiving the response." -Robert Ohotto

★ "We must understand that liminality (a period of being in between) is essential to the revitalization of life and the transformation of Fate into Destiny. It's the bridge without which we couldn't transition from one mode of consciousness to a new one or one way of life to another" -Robert Ohotto

★ "...befriending your darker self doesn't mean that you'll act out of your capacity for evil. It means you have a new awareness of yourself, which gives you the choice to not unwittingly harm others through compulsive action- a chance to transform Self Fate into Destiny. Befriending your shadow empowers you to consciously choose affirming action for all of life instead of being unconsciously driven to react out of a need to protect a cherished and false idea of yourself." -Robert Ohotto 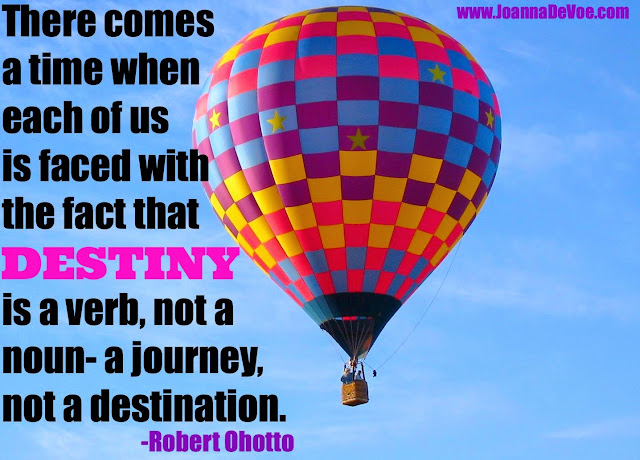 ★ "The intention of the soul is to walk this creative path of transforming challenges into gifts. It's reassuring to know that we have numerous helpers on the path with us: acceptance, choice, surrender, prayer, and the Law Of Attraction." -Robert Ohotto

★ "The Law of Attraction is more about our mental focus as it relates to the management of our personal power and less about getting more stuff." -Robert Ohotto

★ "Choosing to see every situation as being infused with meaning, guidance, and grace is how the Law of Attraction is really meant to be applied. This means that the best way to access this fantastic principle is through an attitude of gratitude." -Robert Ohotto