★ 8 Signs That You're A Faerie Person.

★ Digging this Dark Fashion board on We Heart It by a user known as white_bastet... 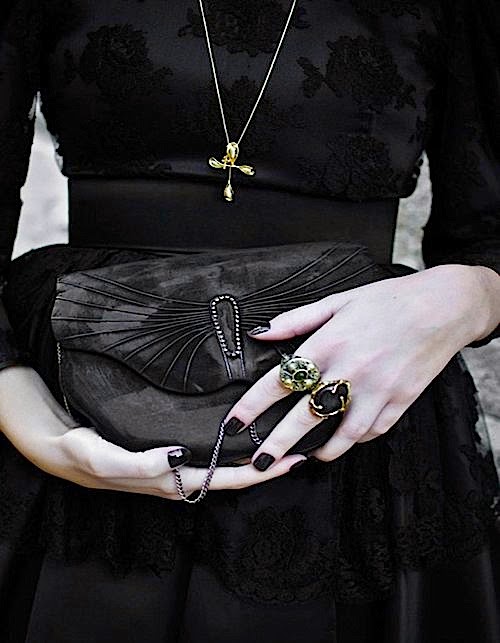 ★ Magickal before & after burlesque transformations, cuzz you never really know what that mousey woman (or dood!) in the sweat pants behind you in line at the post office looks like when the sun goes down...

★ Naomi Klein on why she wrote This Changes Everything - Capitalism vs. The Climate...


I put the connection between capitalism and climate change up front
because the fact that the life support systems of the planet are being
destabilized is telling us that there is something fundamentally wrong
with our economic system.

What our economy needs to function in a capitalist system
is continuous growth and continuous depletion of resources,
including finite resources.

What our planet needs in order to avoid
catastrophic warming and other dangerous tipping points
is for humans to contract our use of material resources.

★ Do you keep a Book Of Shadows? Which of these 3 styles would you say most closely resembles yours? Mine is definitely a mix between #2 & #3. I don't follow any rules. I just go with the flow...

★ We witches know that the human body already possesses amazing self-healing powers, but science is all set to implant in us these handy dandy chips in order to make that whole process a lot more... Robotic? Measurable? Electrifying???

★ 50 Things You Probably Didn’t Know About Sex And The City. What does this link have to do with magick, you ask? Mmmm... not sure, but I've included this awesome meme in order to justify including it here... 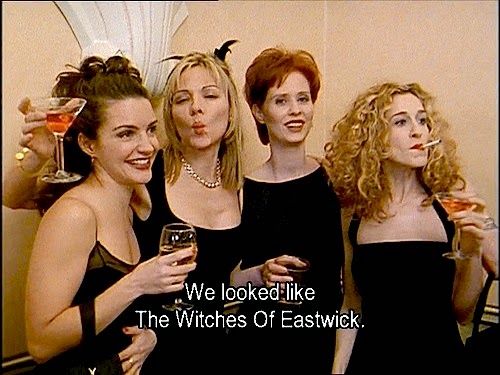 ★ "Why would anyone want to work with spiritual beings who have, according to their own mythos, fallen out of favor with God? Is this done in protest of the divine judgement against such spirits, or in ignorance of it?" In other words... Why Is Satan In The Grimoires?

★ Wood Chips. Aren't they sexy? No? Well- they're supposedly the secret to effortless, inexpensive, biodynamic gardening. That's something, right?

★ (video) 96 year old yoga teacher Tao Porchon Lynch is still inspiring students a quarter of her age on the daily. Plus- she recently took up ballroom dancing and has the most dazzling, positive attitude!

★ Let the woo woo commence! Top 10 Ways To Build Relationships With Your Crystals.

★ Vanessa Valencia of A Fanciful Twist (remember THiS interview?) has created the most charming illustration of everyone's favorite Victorian. You know the one. (Hint-Hint) It involves two wonderfully kooky aunts & one pretty white house on the shore...

★ WiTCHY VLOG OF THE WEEK :  Robert Ohotto on How To Speak Your Truth And Be Heard...