BOOK NERD : Kickass Quotes From The Brain That Changes Itself by Norman Doidge, MD 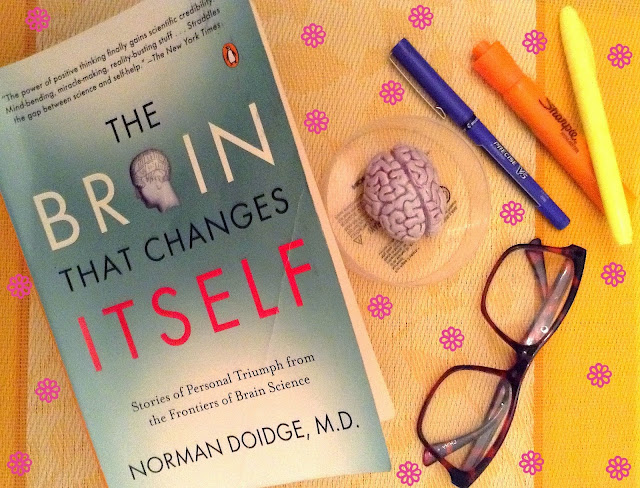 If I had to choose one word to describe The Brain That Changes Itself : Stories of Personal Triumph from the Frontiers of Brain Science, that would have to be it. I might add a "super" in there somewhere too...

This book is a trip! A wonderful, entertaining, mind-expanding trip.

It's been a while since I first picked it up, but the main takeaway is one that will surely stick with me for life and that is the fact that our brains can continue to grow and change at will and well into old age.

The implications of this are massive and have everything to do with magick, the Law Of Attraction, and "creating the kickass life of your dreams"...

Of course, as the mother of a boy living with autism, I was deeply intrigued by the section on how the Fast ForWord program helped autistic children develop language and better social skills, but the rest of the book was just as compelling.

I especially enjoyed reading about how Sea Gypsies' brains are uniquely wired to read underwater, how a woman who was labeled "retarded" discovered exercises that not only healed her own brain but those of many other people with learning disabilities, and how "competitive plasticity" works and comes into play when trying to break an old habit or form a new one.

This book is presented almost entirely in story form and traces the history of neuroplastic research in a way that is both fun and easy to understand.

I'd recommend it for the fascination factor alone, but, if you want to see some scientific evidence that supports the idea that positive thinking has the power to effect real change, you might want to pick up a copy for that purpose, as well.

★ "The brain is a far more open system than we ever imagined, and nature has gone very far to help us perceive and take in the world around us. It has given us a brain that survives in a changing world by changing itself." -Norman Doidge, MD

★ "Up until the discovery of neuroplasticity, scientists believed that the only way that the brain changes it's structure is through evolution of the species, which in most cases take many thousands of years." -Norman Doidge, MD

★ "Neuroplastic research has shown us that every sustained activity ever mapped- including physical activities, sensory activities, learning, thinking, and imagining- changes the brain as well as the mind. Cultural ideas and activities are no exception." -Norman Doidge, MD 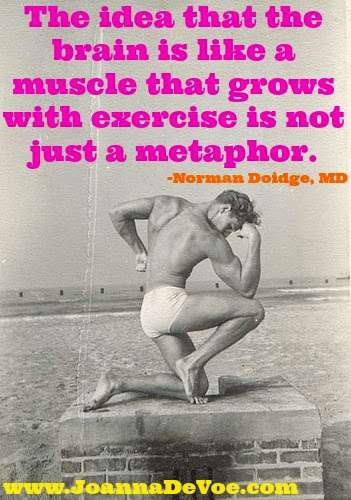 ★ "Culture is not just produced by the brain; it is also by definition a series of activities that shape the mind... We become cultured through training in various activities, such as customs, arts, ways of interacting with people, and the use of technologies, and the learning of ideas, beliefs, shared philosophies, and religion." -Norman Doidge, MD

★ "Our brains are modified by the cultural activities we do- be they reading, studying music, or learning new languages. We all have what might be called a culturally modified brain." -Norman Doidge, MD

★ "In all cultures members tend to share certain common activities, the 'signature activities of a culture'... Signature activities require training and cultural experience and lead to the development of a new, specifically wired brain." -Norman Doidge, MD

★ "The brain is changed in two ways. The fine details of the circuits connecting the modules are altered- no small matter. But so are the original hunter-gatherer brain modules themselves, because, in the plastic brain, change in one area or brain function 'flows' through the brain, typically altering the modules that are connected to it." -Norman Doidge, MD 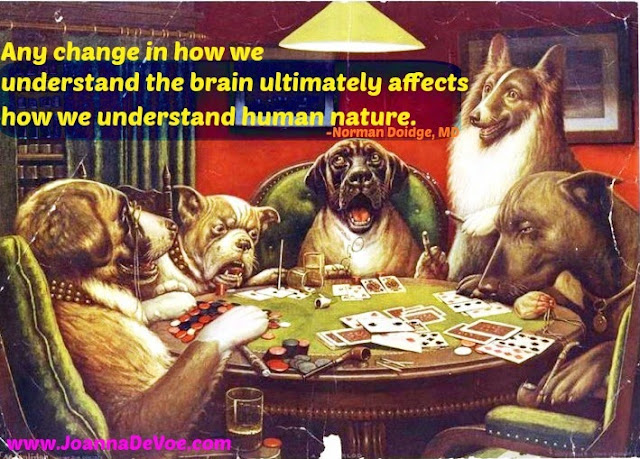 ★ "Foresight involves extracting the theme from a series of events before they completely unfold, and it is a great advantage in life: to know that when a tiger crouches it is preparing to attack may help you survive. The person with foresight doesn't have to experience the entire series of events to know what is likely coming." -Norman Doidge, MD

★ "The nervous system is an internal medium, communicating messages from one area of the body to another, and it evolved to do, for multicelled organisms such as ourselves, what the electronic media do for humanity- connect disparate parts." -Norman Doidge, MD

★ "Electronic media are so effective at altering the nervous system because they both work in similar ways and are basically compatible and thus easily linked." -Norman Doidge, MD

★ "There is an endless war of nerves going on inside each of our brains. If we stop exercising our mental skills, we do not just forget them: the brain map space for those skills is turned over to the skills we practice instead." -Norman Doidge, MD 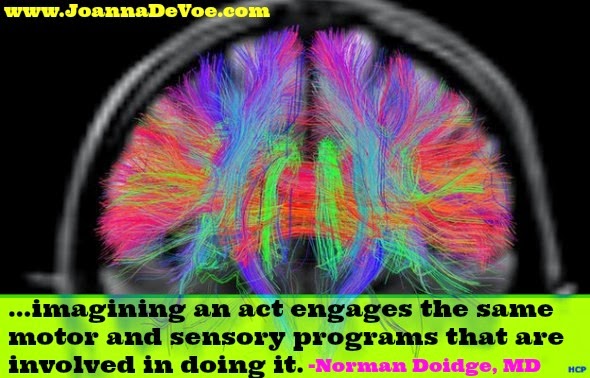 ★ "While we have yet to understand exactly how thoughts change brain structure, it is now clear that they do..." -Norman Doidge, MD

★ "Everything your 'immaterial' mind imagines leaves material traces. Each thought alters the physical state of your brain synapses at a microscopic level." -Norman Doidge, MD

★ "We have long viewed our imaginative life with a kind of sacred awe: as noble, pure, immaterial, and ethereal, cut off from our material brain. Now we cannot be so sure about where to draw the line between them." -Norman Doidge, MD