★ Viktoria Modesta... born to be different... damn near bionic... and deeply cool...

★ An interesting spin on the Orphan Archetype.

★ 29 Last Minute Gifts For A Juice Witch... Wait. What's a Juice Witch? Dontcha know? It's a new term Mtv is trying to make stick. So... what say you? Juice Witch? Yay or Nay?

★ Catherine Bell is back as The Good Witch on the Hallmark channel, but this time it's in a NEW series based on the original movie franchise. From what I can tell, they got rid of the actors who played her family in the movies and will be starting over with new cast members.

★ Yay! FREE!!! My favorite four letter word... I just downloaded the Winter issue of Faerie Magazine, and it is absolutely stunning... 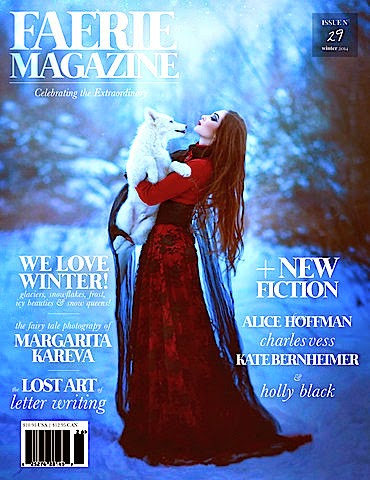 ★ The origins of the artificial Royston Cave in England remains a mystery, but some say it is the work of the Knights Templar- which would be pretty awesome. Regardless of who put this thing together, it does feature some super groovy carvings & sculptures that may be mystical in nature.

★ (video) Do you think our friends talk about us the way we talk about them? Hee! Hee! Hee!

★ Sports Stadiums As The New Temples Of The Modern World.

★ According to numerologist, Felicia Bender, 2015 is a number 8 Universal Year, and a "Universal Year" means that everyone on the planet will be feeling the energy related to that particular number during the entire year. Soooo... what does 8 energy feel like? Amped up, apparently.

★ SELF CARE For Pagans :


Actively participating in your spirituality, even in small ways,
can help you feel more grounded.
It gives you some sense of routine and predictability.

★ Lenora Henson reveals the cover of the 5th book in the Wicked Garden series, and (spoiler alert) it's a Night Mare!!!

★ WiTCHY VLOG OF THE WEEK : Aine Orga on Paving Your Own Path & Choosing Religious Symbolism...