i LOVE The Queen Of Swords And All My Fellow Air-Heads!!! + In Defense Of Athena And The Women Who Love Her... -xo

Does it seem like I've been extra defensive lately?

But- I hope you'll believe me when I say that it's all in the spirit of FUN & exploration.

I've just got all these exciting ideas ping-ponging around in mind, and I wanna share them with you!

My friend Dawn Champine, the kickass creatrix behind The Goddess Diaries, asked me waaaay back in September to contribute a guest post to her AWSEOME cause, and- here I am almost 6 months later finally delivering the goods.

I was really surprised & flattered that she wanted me to represent that way, but I was also quite intimidated (thus- the 6 month delay).

As you will see in the post down below, I am no authority on the Goddess. Heck- I don't even believe in her! Not in the traditional sense, anyway.

But I do love The Goddess Diaries, and I can totally get behind Dawn's mission to honor the Divine Feminine by re-telling Her stories Her way, which is what I hope I have done here today. ENJOY... 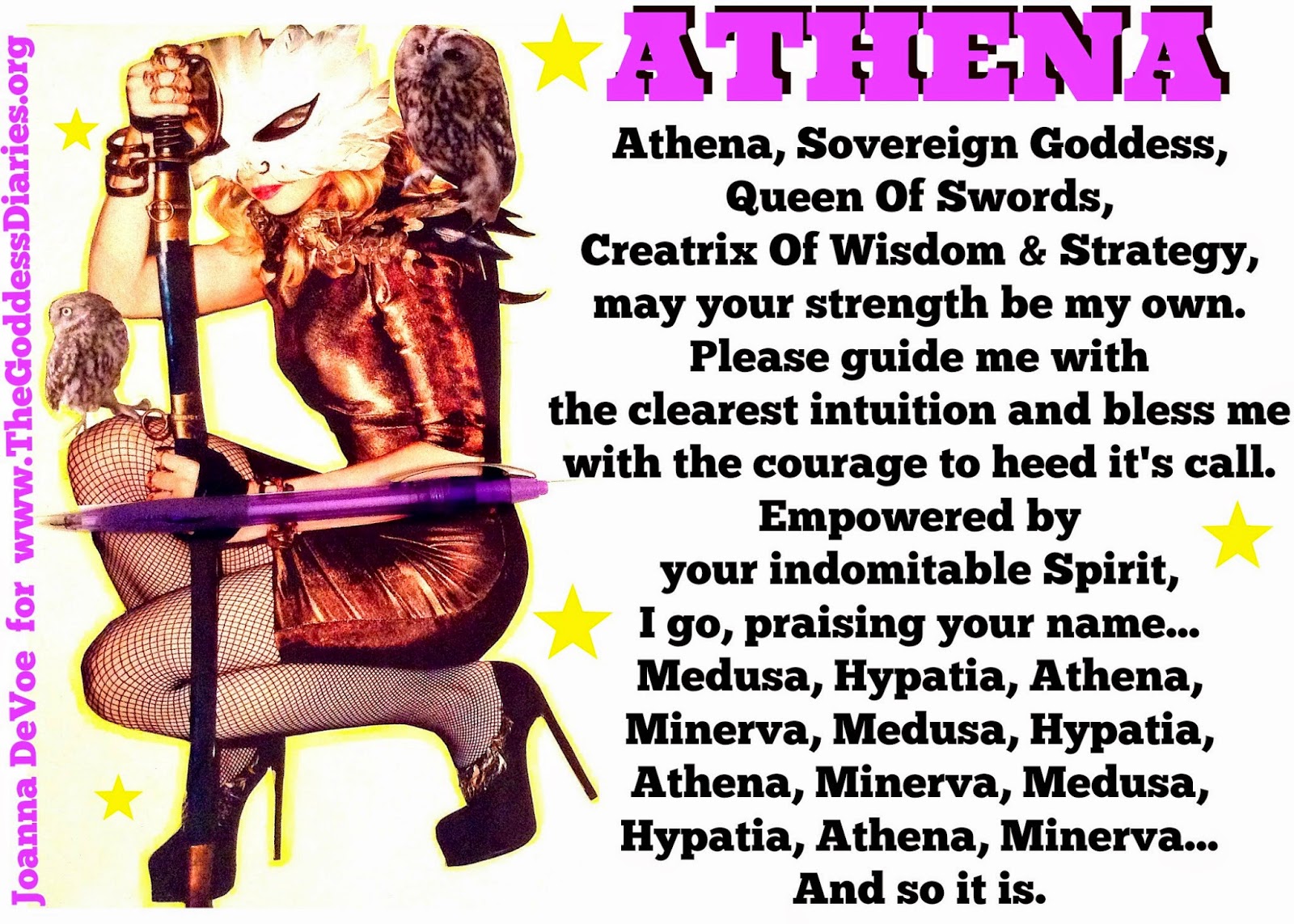 I do not worship “the Goddess”.

I am a pantheist who believes in a mysterious creative force known as “the Divine”. I believe that the Divine is in everything and that everything is in the Divine.

I also believe that men created God in an effort to better grasp and convey the Divine, that great ineffable mystery, to themselves and their communities, of which many legends were born.

I feel the same is true of the Goddess, which may very well be an important, vital step in our ability to embrace our own Divinity as women, women creating the Goddess in our image as a path to healing a very old wound and ultimately touching the Divine within.

Because of these beliefs, it’s taken me a long time to connect to any kind of God or Goddess mythology in a way that actually resonates deep down inside.

What finally did it was a growing understanding of how archetypes represent various aspects of the human condition and a knee-jerk reaction that flared up in me when I began to look into the mythology of Athena, the Greek Goddess of wisdom, craft and strategy...


Continue reading at THE GODDESS DiARiES...


In Defense Of Athena & The Women Who Love Her.