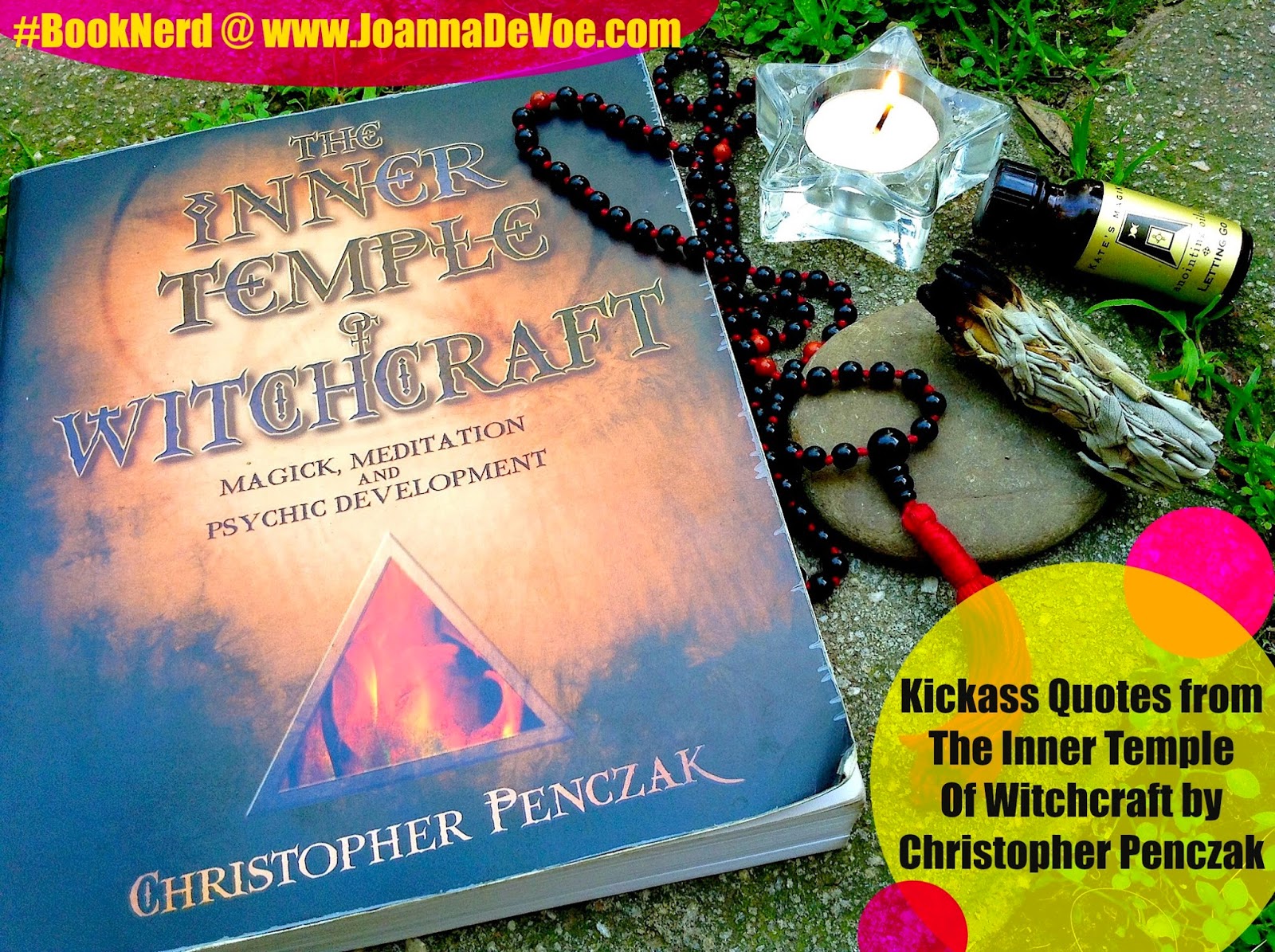 The Inner Temple Of Witchcraft is one of the two books I followed while doing my first "official" on-the-books year and a day as a witch.

The other was Marian Green's "A Witch Alone" (I will feature that book in the next BOOK NERD post later this month).

These two worked very well together, because they both have a 13 moon cycle structure and the focus of each book is so different from the other.

A Witch Alone is about connecting with Mother Nature and The Inner Temple is about the science of magick, both of which are still of the utmost importance to me.

What was special about my time spent with The Inner Temple is that I did it with a few Youtube friends and got that awesome group experience that really enhances your understanding of the material.

Therefore- I highly recommend exploring this book in a group situation.

A lot of it covers ground that, as a woo woo Angeleno, I was already familiar with (meditation, psychic development, the chakra system), but it was exciting to put that in the context of life as a witch.

I am incredibly sentimental about this book. I feel that Christopher Penczak is a gifted teacher and a treasure to the pagan community...

★ "Magick is the art of making change, manifesting your dreams, and banishing the things that no longer serve you and hold you back." -Christopher Penczak

★ "Witchcraft is an art. It is a system based on the cycles of life." -Christopher Penczak

★ "Divinity is inherent in all things, material and spiritual. The divine force is apparent in all life and form." -Christopher Penczak

★ "Facing your fears, angers, prejudices, and sorrows is part of the introspection process, showing up in meditations and journal entries. Those that do not serve your highest good need to be cleared, released and healed." -Christopher Penczak

★ "Modern witches must live by example to show people that our traditions are loving, healing, and spiritual." -Christopher Penczak

★ "The neopagan resurgence gives us all the spiritual freedom to devise the magickal tradition we want and to claim the heritage, names, and titles that serve our highest good. While it is always important to know where your practice comes from, the most important factor is to know where it is going." -Christopher Penczak

★ "Witchcraft is very personal, and you can no longer really say there is a 'right' way and a 'wrong' way to practice it." -Christopher Penczak

★ "We each have a sacred space within us, a part of us. This sacred space is a temple, a temple to our inner power, our intuition, and our connection with the divine. Discovery of psychic powers, spells, and meditation are all things that lead us to the temple." -Christopher Penczak

★ "Instant magick is projecting your will forward through visualization and specific intention to create an opportunity..." -Christopher Penczak

★ "If the divine created us and everything else as a thought, and we are capable of creating our own thoughts, then they, too, are divine and filled with power." -Christopher Penczak

★ "A human cell, a small part of a human being, contains all the DNA needed to re-create the entire body. Every speck of dust contains a world. Every galaxy is like an atom, a building block to a bigger structure that we cannot see at the moment." -Christopher Penczak

★ "The energy within individual substances, colors, planets, elements, days of the week, and ritual tools corresponds with specific energies of the universe. When you want to emphasize a particular energy for your magick, you utilize items that correspond with that energy." -Christopher Penczak

★ "Witches use many symbols. The pentacle, or five-pointed star in a circle, is the most common... The pentacle represents many things. It is a symbol of witchcraft and the mysteries of life." -Christopher Penczak 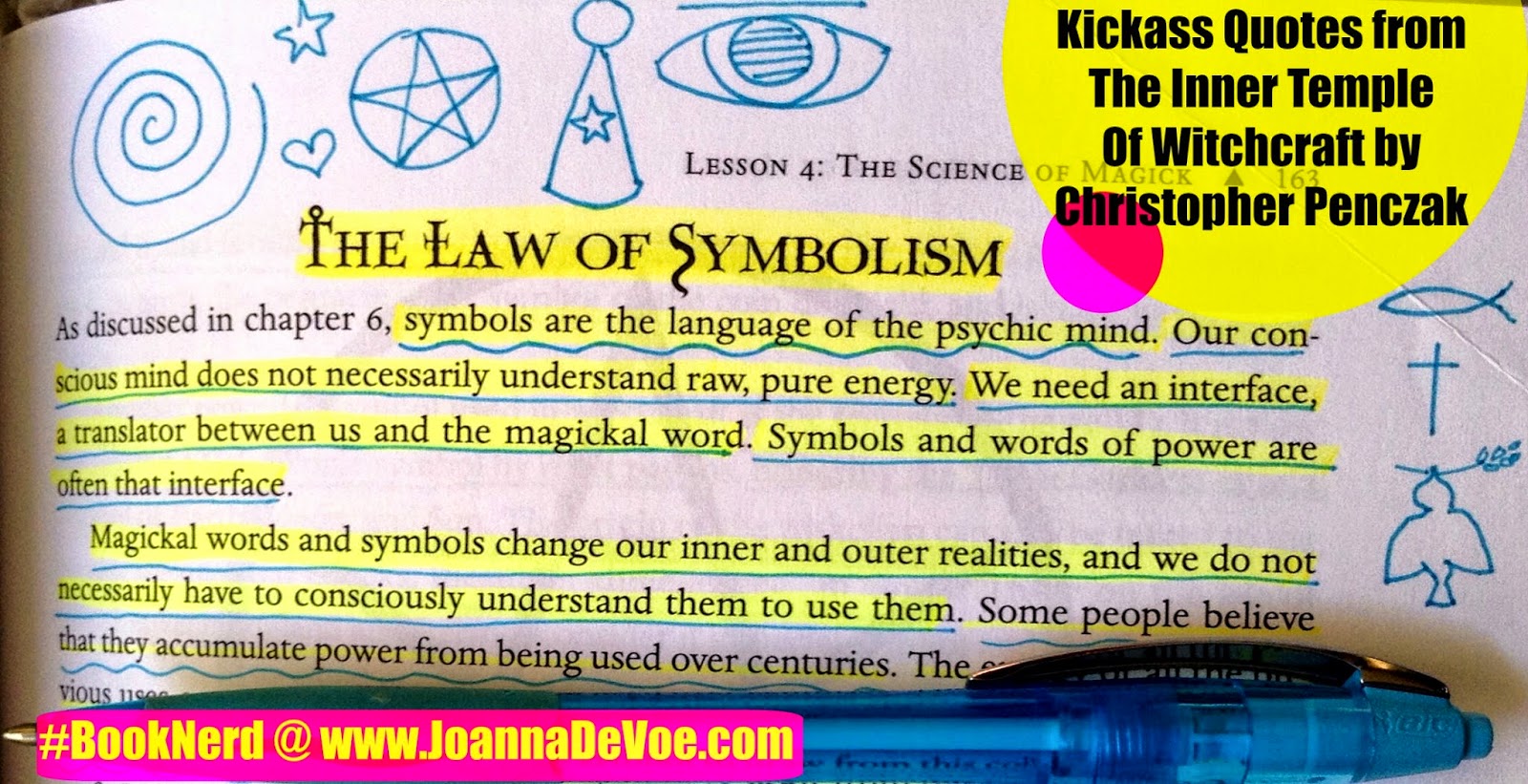 ★ "Witches never associate the pentacle with evil, regardless of the direction in which it points." -Christopher Penczak

★ "History is written by the victors. Whenever cultures clash, the dominant force is the one left to record the events of the past for future generations. Those defeated leave behind physical artifacts, and even folk tales and myths, but their way of life is lost in the march of time. Whenever you are digging through the roots of history, be aware of this fact." -Christopher Penczak

★ "The art of the witch can be traced to many cultures, not just one. The world owns the tradition of witchcraft, and all are welcome to it." -Christopher Penczak