BOOK NERD : Kickass Quotes from The Circle Within : Creating A Wiccan Spiritual Tradition by Dianne Sylvan 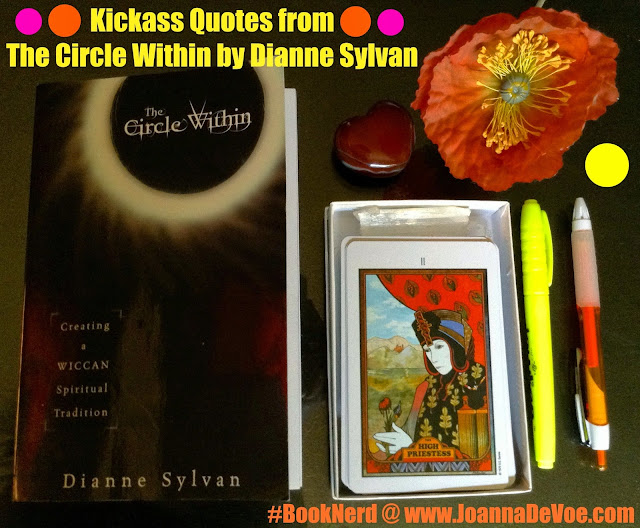 First off- let me repeat here for anyone who is not familiar with my shtick that I am not a Wiccan.

I say that a lot, I know, but it's not because I think there is anything wrong with being a Wiccan. I just don't want to confuse anyone who might come across my site, looking for information on that particular religion.

I am, however, a witch who draws inspiration from a variety of traditions and philosophies, and Wicca is among them.

What I love about Dianne Sylvan's book, The Circle Within, is that she presents Wicca as a deeply personal, daily practice. Her style is down to earth, humorous at times, and nicely suited to modern eyes.

I also really enjoy the emphasis she places on making ritual a part of your every day life and how even the most mundane activities already contain within them a spiritual seed that is just waiting for you to acknowledge it's presence.

This is a slim but powerful book, and one that will not insist you follow a certain set of rules but rather encourage you to dance to the beat of your own drum...

★ "When you become aware of the sacred nature of all life... little things begin to take on new vitality, and you develop a desire to mark these definitive occasions with at least a momentary, personal observance." -Dianne Sylvan

★ "Out in the world, we may be misunderstood. Our beliefs my be twisted into bad science fiction or pseudo-demonic tripe. Or government officials may claim we don't practice a 'real' religion. The ethics and spirituality we work so hard to nourish may be treated like New Age nonsense- condemned, laughed at, belittled. Just spending a day at the office can be enough to make us want to go live in a cave in the Appalachians and raise goats... Then, there's home." -Dianne Sylvan

★ "As I look out my window I can see the moon in all her radiant glory, and my heart constricts with joy that there are such wonders in the world and I am here to see them all." -Dianne Sylvan 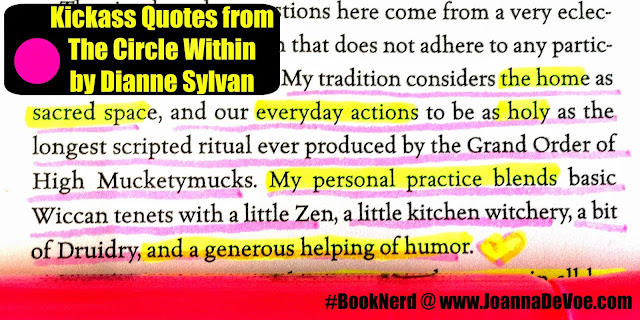 ★ "Magic is often thought of simply as 'prayer with props', but I think the difference goes deeper than that. A spell is not a prayer for guidance, a quiet dialog. It is a creative act, fusing our desire and will and vision with the Divine energy within/around us to reach a specific goal." -Dianne Sylvan

★ "Knowledge is the information we gain from outside sources, whether they're books or other people. Personal wisdom is our own hard-won combination of knowledge plus experience, plus the understanding gleaned from both. Spiritual wisdom is the underlying truth in things; the lessons we can learn from nature and the world, lessons we have to seek out or stumble into." -Dianne Sylvan

★ "Far more important than the way others see us is how we see ourselves." -Dianne Sylvan

★ "You can threaten a village wise woman with death and torture and she may say 'Jesus is Lord' to survive, but you can never know what's really in her heart." -Dianne Sylvan

★ "Most of us are used to a God whose love is supposed to be all-pervasive, but who is also known to rage and bellow about sins and His jealousy. Those of you who have had abusive parental relationships probably recognize that sort of fair-weather affection, and it is one of the many reasons people are flocking away from mainstream religion in this postmodern age. Why worship Someone whose love has strings attached?" -Dianne Sylvan 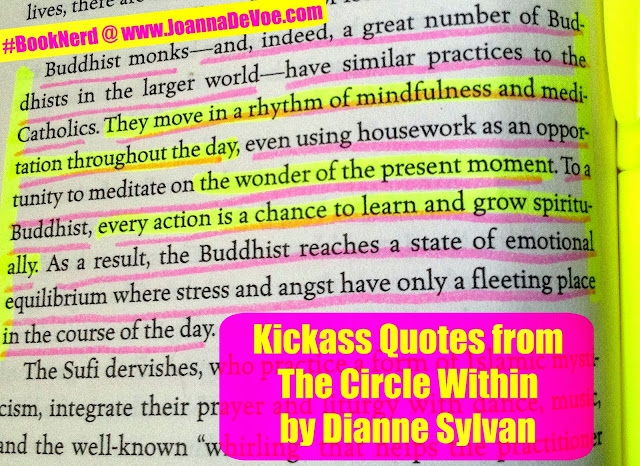 ★ "...no two people will look into the eyes of the God and see the same thing. How our perception of the sacredness of all things manifests itself is as variable as Creation" -Dianne Sylvan

★ "One of my favorite names for the Goddess is 'Star Of Light, Abyss Of Darkness'. For every Bright Mother there must be a Dark Mother; for every Lord of the Living there must be one of Death. The God and Goddess encompass all of nature, not just the parts we like." -Dianne Sylvan

★ "Only be understanding the dark side of the moon can we appreciate the light and not take it for granted. Only by facing the shadows of ourselves... can we be complete." -Dianne Sylvan

★ "Pain doesn't ask to be worshipped, it asks only to be faced, lived through, and learned from." -Dianne Sylvan

★ "Our rituals are often very active, with dancing and chanting and a lot of sweat and laughter. Our magic involves all the senses: the scent of smoke, the color of candles, the sound of drums, the feeling of energy running through our bodies, the taste of sacramental wine." -Dianne Sylvan

★ "Through daily practice and constant mindfulness of the deep connections between us and all that lives, you can find a way to reach up and take the hand you are offered. By making every act an act of reverence, you can touch something long hidden in yourself." -Dianne Sylvan

★ "Few people come away from an encounter with the Divine without the sudden urge to create something, whether it's artwork, poetry, or something new of themselves." -Dianne Sylvan

★ "Nothing is outside of or away from the Divine; everything is sacred. Deity can't be pigeonholed into inside or outside the universe; Deity is the universe. As such, Deity is both inside and outside; not wholly immanent, not wholly transcendent, yet more than both- manifest." -Dianne Sylvan

★ "I am but a tiny thread in an infinite web of shimmering life, no more or less than the rocks and stars." -Dianne Sylvan