★ J.K. Rowling on the Alchemical Symbolism Behind the names Dumbledore & Hagrid.

★ This is so DANG CUTE I can hardly stand it. A DiY succulent + crystal garden... 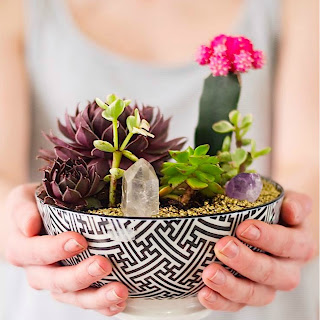 ★ Down The Rabbit Hole... Did you know that this year marks the 150th anniversary of Lewis Carroll's Alice's Adventures In Wonderland? It's true! That might be why you are seeing an onslaught of Alice & Wonderland themed goodies now, and why you probably need to nab yourself a copy of THiS.

★ The Magickal Community is all riled up about Etsy's new policy, and here's WHY. What do YOU think about it? Do you think this is a legitimate way to protect customers from charlatans or bigotry in disguise?

★ Annika Garratt on The Magic(K) Of Colour...

★ The Initiatory Path In Fairy Tales : In the etymological and true sense of the word, initiation means “to put on a path, to introduce someone into a way"...

★ I can't say that I agree with every point made here & do vehemently disagree with the 1st (love is forgiveness?!) BUT- just about every witch I know has a thing for Frida Kahlo, so... 10 Life Lessons From Frida.

★ This is wild! (And gaudy!) Inside the gaudy world of Romania's Wealthiest Witches... 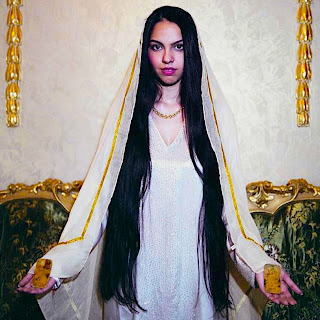 ★ A controversy well worth considering if your health is at risk... Vitamin B17 : The Greatest Cover-Up In The History of Cancer.

★ Is it too melodramatic to say that I was absolutely crushed upon finding that the recipe for these GORGEOUS Hibiscus Marshmallows includes corn syrup? Cuzz- I kind was. But ya know- the pretty! If food can be girlie this is most certainly that.

In 1990 an Italian "geologist" named Angelo Pitoni was visiting Sierra Leone to verify if a certain region of the country known as Kono was indeed a rich deposit of diamonds...

While studying the region, Pitoni came across an incredible discovery that was for some reason left out in the cold.

In an area between Sierra Leone, and Conakry, after removing a few inches of soil, Pitoni came across one of the most mysterious stones Pitoni had come across in his career. A blue stone with mysterious white lines on its surface...

★ Skull Art : The beautiful ways we keep the dead among the living.

★ WiTCHY VLOG OF THE WEEK : Pixi Yogi on How To do an Ego Eradicator Meditation...


BODY + SOUL : The Ultimate Self Care (Part One)