★ One of the first things people want to know about magic is whether they can use it to cast a money spell. The answer is YES... Abundance Mindset : How To Cast A Money Spell.

★ Chrome Skull Necklace. I think you will agree that this is oh so witchy weeeeeee!!!

★ In case you were considering witching it up in Instanbul this summer, here's a guide... 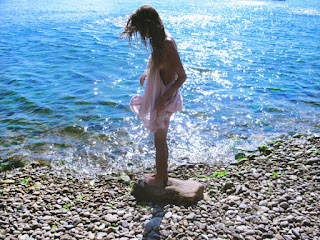 ★ 9 Animals That Use Psychedelics In The Wild.


"To my cats, the red dot possesses its own vitality. It exists as a distinct
entity. While they may see me holding the pointer, they can't (or won't)
be distracted by such things once the button is pressed and the living
room is suddenly alive with luminous vermin." -Mac Tonnies

★ Molly Roberts on The Creepy Crawly & The Sacred : It can be difficult for city dwellers to remember that Nature isn't a place we visit. We still live in it. We're part of it. We ARE it. We can't be separated. Even tucked away in a 4th story apartment, we still inhabit a wilderness of sorts. 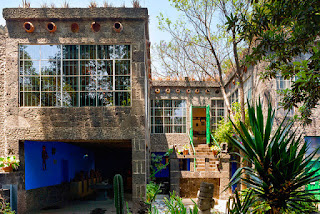 ★ The Venetian Chronicles : I am such a sucker for color like this. And- mermaid folktales like this...


"Legend has it that a fisherman went out to sea and was approached
by a mermaid that did her best to seduce him. As he was betrothed
and fiercely loyal, he refused the singing siren’s advances. Impressed
by the fisherman’s fidelity she thumped her tail against the side of
his boat, whipping the water into a froth of sea foam from which an
exquisite, lace wedding veil was formed. The fisherman returned
home and gave the veil to his fiancée on their wedding day. It caused
quite a stir as all the young ladies of the island became jealous and
tried to recreate with needle and thread the fine, intricate lacework
for themselves. This supposedly started a tradition that turned
into an industry and made Burano famous for lacemaking
throughout Europe and the Middle East." -Paul Himmelein

★ There is a dark side to even the lightest (& cutest!) among us.

★ I thought that I'd heard it all when it comes to blender recipes, but I stand corrected. Have you ever had a Spiced Raw Potato Smoothie? Yeah- me neither.

★ The Jumpsuit Of Many Folding Lawn Chairs, because… pretty is magick.

★ WiTCHY VLOG OF THE WEEK : Kelly-Ann Maddox of The Four Queens on Discovering The Awesome Power Of Your Un-Lived Lives...


All The Scary Things! Fear Of The Occult