★ Third Eye Chakra... Tapping Into The Seat Of Your Soul.

★ If I know anything about my witchy friends who visit this blog, it's that you are totally gonna dig this Earth Child photo shoot... 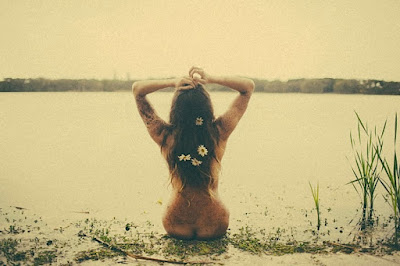 ★ J.K. Rowling released an original short story this week, shedding new light on the origins of the Potter family name, delving into Harry's ancestry, explaining how his grandfather quadrupled the family's fortune and how the Invisibility Cloak became a family heirloom.

★ (vid) I've been watching a lot of not-at-all witchy stuff on Youtube lately & loving it! I'm super obsessed with KEXP's channel, they're a radio station out of Seattle & they have THE BEST taste in music. I'm also really loving makeup tutorials like this & this, apartment tours like this, and I finally found an ASMR video that a) doesn't have a weird porn-like vibe and b) actually does what it is suppose to. (HOT TiP : wear earbuds & recline while watching this when you need to just chill.)

★ We Are All Stardust... The Hoodwitch interview's Danielle Noel, the kickass creatrix behind the Starchild Tarot... 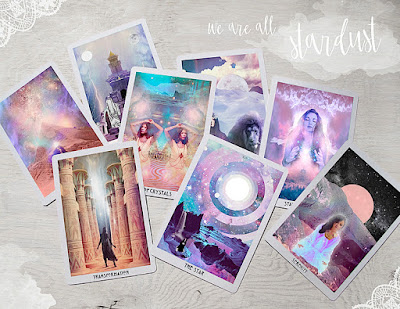 ★ How To Connect Telepathically With Animals.

★ I’ve always had a thing for Zelda Fitzgerald and feel she’s been unfairly dismissed in life & death as a complete nut. So- I have high hopes for this project & full confidence in Christina Ricci’s ability to turn this out in a way Z would approve of...

"The idea that she was this crazy woman who ruined F Scott Fitzgerald is completely false and (typical of) the dismissive misogyny that is often used to deal with smart, complicated women who were ahead of their time. I also think her story is incredibly timely given the discussions about feminism going on in our society today."

★ WiTCHY VLOG OF THE WEEK : Molly Roberts of HerSpeak on Witches Being Of Service...

Deliberate Manifestation : The Long & Short Of It...