2016 : THE YEAR OF THE QUEEN... Inspirational Quotes & Kickass Tips To Help You Step Into The Boldest, Most Courageously Sovereign Year Of Your Life! 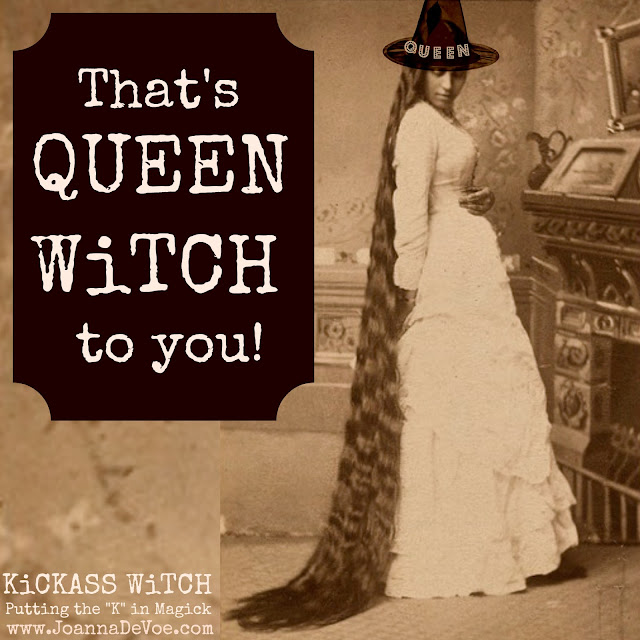 As Above, So Below... To Know, To Dare, To Will, To Go...
To be silent when the moon grows dark and open to receive,
Waxing courage, Waning grief, in Magick I believe.
My Queendom come, my will be done on Earth as I so dream.
Sovereign, Holy, Graceful, Wise, I am The Supreme.


I don't know about you, but I like my magick with a touch of humor. It gives it extra ZAP & reminds me not to take myself too seriously...

That doesn't mean I am not serious about life or magick. Believe me- I am. It's really just a matter of perspective. Spilled milk, dud spells & Mercury retrogrades happen.

And still- we must proceed.

Being a Spiritually Mature Witch is as much about levity as it is grounding into what is and making the most of it. It's a dance between the two, a kind of flow...

That's why my inner queen has her own court jester. That guy really takes the edge off and allows the queen to rule with a twinkle in her eye, even while making big life decisions or holding her boundaries when someone tries to infiltrate The Queendom with less than stellar intentions.

That's some of what I talk about in this first vlog of the year, the first of 12 MEGA VLOGS I will be sharing at the top of each month in 2016...

While my personal theme for 2016 is The Year Of The Queen, here at KiCKASS WiTCH it will be, as always, "creating the kickass life of your dreams", and I will continue to focus on one topic per month.

I have found that to be the best rhythm for me and the easiest way to share all I have to say on any given topic without feeling rushed or like I've missed a step.

It also leaves plenty of room for magick & mystery, as I never know how each month will unfold and often find myself crafting content according to YOUR incoming questions & needs.

It's a two-way street, this Queendom, and you are my very special guest.

I also have a very special offer for you.

My new eBook is coming out next week. If you'd like to pre-order a copy now, using the discount code asabovesobelow - you will be given $5 OFF.

I am so proud of this book and absolutely certain it will be an invaluable resource for those who are ready to take the throne of their own lives and really start walking their talk.

I will be telling you more about it next week, but if you'd like to save a few bucks in the meantime- you can nab yourself a copy here...

The Spiritually Mature Witch : 5 Steps To Unlocking Your Personal Power 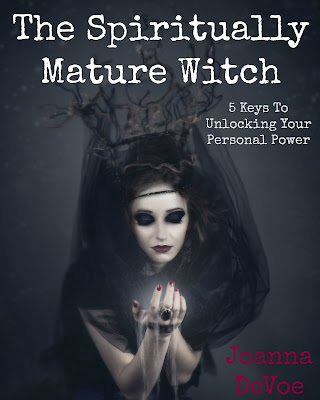 When I first mentioned 2016 : The Year Of The Queen, quite a few women chimed in to say that they also wanted to start working with this classic archetype.

If you are one of those women or the word sovereignty rings a bell in your heart, the following quotes might help guide you on your way...

(If you are a man, The King archetype or perhaps The Emperor may have a similar feel for you.)

10 KiCKASS QUOTES For Ruling From Within...

★ "Think like a queen. A queen is not afraid to fail. Failure is another steppingstone to greatness." -Oprah Winfrey

★ "The Queen archetype can help you assert your power, take charge of situations, delegate authority, and act with benevolence. But the shadow Queen may run around barking out orders, making impossible demands, and cutting off heads! Once you learn to recognize the difference between the two responses — and their common source — you can harness the Queen’s constructive power while mitigating her shadow wrath." -Caroline Myss

★ “Real kings and queens are people whose heads are crowned with dreams as they sit on the throne of passion. They rule with visions in the regalia of inspirations!” -Israelmore Ayivor

★ “Rule your mind or it will rule you.” -Horace

★ “Sovereignty is not given, it is taken.” -Mustafa Kemal Atatürk

★ “I am a queen because I know why how to govern myself.” -Lailah Gifty Akita

★ “By understanding the nuances of the world around you and how to survive the temptations, you can rule anything. Even yourself.” -Sherrilyn Kenyon

★ “Our ambition should be to rule ourselves, the true kingdom for each one of us.” -John Lubbock

★ “Some people fight with each other for worldly thrones; mostly for the purpose of making others bow down to them. But I fight tirelessly to inspire my fellow humans to become Kings and Queens in their own worlds.” -Edmond Mbiaka


I also have a few movie recommendations to help you get into the spirit of inner sovereignty :


Beyond that- I know that some of you were curious about the day planner I'll be working with in 2016 : The Year Of The Queen...

I've gone back to my old tried & true system, as I discussed in this post last summer, and have souped up this purple Moleskines with stickers, collage art & inspirational quotes to remind me that- YES, I am a Queen... That's Queen Witch To You!!! -xo 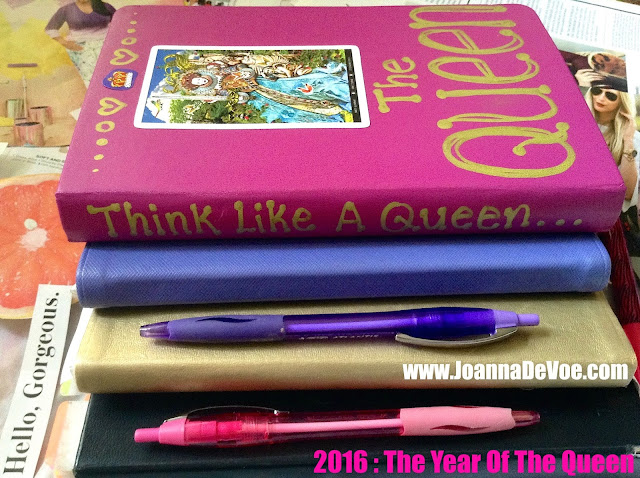 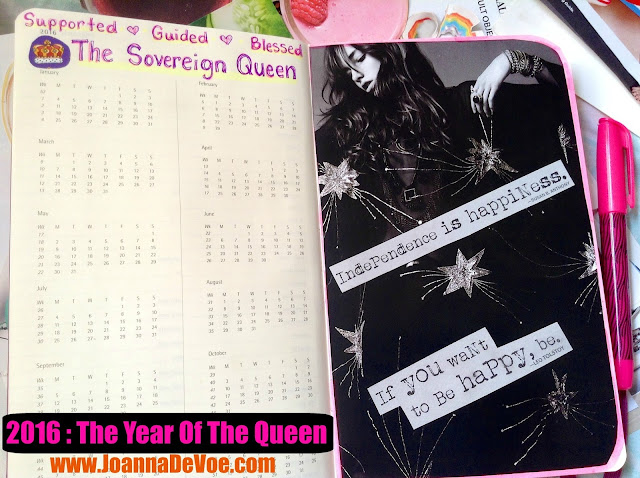 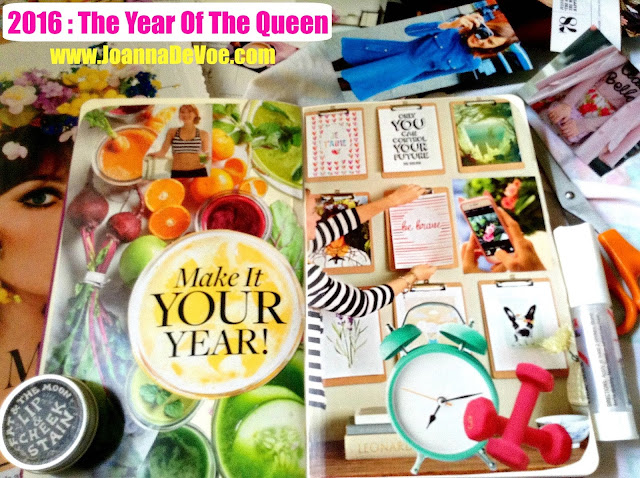