The Key Of Ritualistic Transition : Unlocking The Power Of The Many Small Deaths Of Your Life...

“We do not know where death awaits us, so let us wait for it everywhere. To practice death is to practice freedom. A man who has learned how to die has unlearned how to be a slave.” -Michel Eyquem de Montaigne


If you want to learn about practicing death as a path to personal liberation, go hang out with some pagans.


Pagans in general honor the Life/Death/Life cycles in all things. They do so by walking the wheel of the year, honoring their ancestors, following the phases of the moon and working with bones.

Their connection with Nature is a comfort in times of loss, because they know that every death is really only making way for new life.

Witches in particular utilize the power of ritual to process the endings of their lives, using the phase of the dark moon to release that which no longer serves and burying or burning symbols of dead relationships and situations in order to make space for new energy to come in.

My personal practice is very much like this. In fact, I lead an online group of witches in something called The Psycho-Spiritual Wheel Of The Year and have them perform an actual funeral for that which they want to release come Samhain. It’s a powerful thing to do and one of my favorite ways to move through the transition from fall to winter.

Rituals like these can help us process the smaller but still challenging “deaths” in our lives; the end of a marriage, the end of an addiction, the end of a career, friendship, lifestyle, home.

Many people feel deeply challenged by and resist such changes, because they fear death in general and endings like these tend to bring that to the surface.

Rituals facilitate our ability to move on.

Beyond even these smaller but still deeply profound deaths that need processing, there are many less significant “deaths” that happen on a daily basis.

If you want to take it to the extreme, every moment another second of your life ends. Time is relentless that way.

Of course we don’t mourn the loss of every passing minute, but we do sometimes struggle to let the day end when there’s so much left to do or to let a good time go when it’s time to get back to work.

Perhaps these moments do not require a full scale ritual, but small personal routines can help.

I had a client once who was having a hard time transitioning from work to personal time. She tended to drag the stresses of her job home with her.

I recommended she buy herself a special ring that she could keep in a pretty dish next to the back door so that every night when she came home from work, she could perform the tiny ritual of putting on that ring, which signified it was now time to switch gears.

That may seem like a silly thing to do at first, but if you do something like that consistently you will find that it creates a new neural pathway in your brain that begins to act like an automatic command to relax, and relax you will. In an instant.

If that ain’t magick, I don’t know what is!


★ If you would like to learn more about ritualizing the many small deaths of life, to pivot gracefully from the end of one experience into the beginning of the next, The Key Of Ritualistic Transition can help you do that.

It is one of 5 Keys presented in my new eBook, The Spiritually Mature Witch : 5 Keys To Unlocking Your Personal Power, and you can learn more it here... 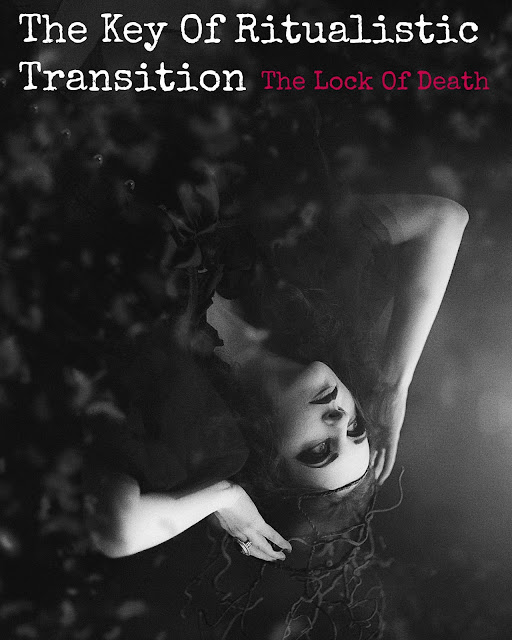