★ How To Thrive During 2016's Four Mercury Retrogrades.

★ Does your virtual reality need more whimsy? If so- you're in luck! Faerie Magazine just released a FREE app, and- when you download it- you get two more freebies to go with it, The Mermaid Issue and this past fall's Autumn Issue... (Available on Amazon, Apple, Android) Let the whimsy begin!!!

★ Theresa Caputo on french toast, ghost grandmas and how living a healthier lifestyle has served her well as a psychic.

★ White God. Honestly, I don't think I have the stomach for this kind of graphic violence, but the concept is brilliant...

Through its compelling story and haunting images, White God is a warning of how humans dominate each other, other species, and the planet. While filled with tentative hope, it remains a scathing condemnation of our society’s collective attitude towards animals and people who are marginalized... The film reminds us to be intersectional in our advocacy and to empathize with those—whether human or animal—different from ourselves.

★ Woo Woo-ology : How To Clear Negative Energy From Your Home Fast.

★ Attention Harry Potter Fans - You may need to sit down for this... Fantastic Beasts & Where To Find Them! The adventures of writer Newt Scamander in New York's secret community of witches and wizards seventy years before Harry Potter reads his book in school... 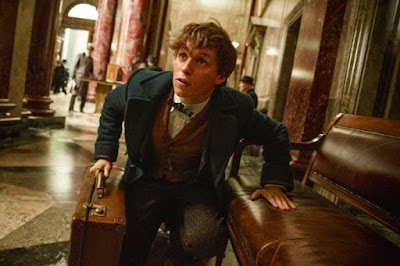 ★ Yikes! Oregon was founded as a racist utopia.

★ What do you dream of? If you dream of The Dream releasing a visual album with lots of deep soul diving & random surreal imagery, you'll probably love this.

★ Archaeology is cool! This Viking era ring bears the inscription "For Allah", giving credence to ancient tales of Viking expeditions to Islamic countries.

★ Dry But Fascinating : A review of Parapsychology: A Handbook for the 21st Century.

★ Shane Ryan is hoping he’s wrong about George R.R. Martin- extremely wrong- and that this post becomes an object of mockery at some future date.


“George R.R. Martin is not your bitch”-Neil Gaiman

★ The Early History Of Autism In America.

Chatting with Lisa Jahn Haight about Thriving While Surviving Cancer