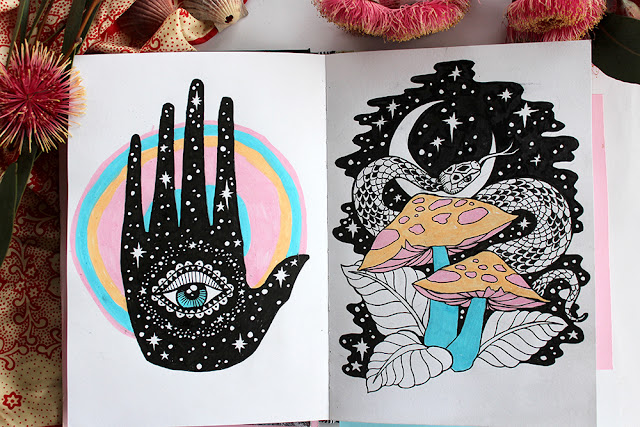 ★ You may know that I have a thing for Athena and that (in my mind) Athena comes as a package deal with the Queen Of Swords in tarot, Minerva, her Roman counterpart, Medusa, as I wrote about in In Defense Of Athena, and Hypatia, for no reason other than it just feels right to me. Therefore- I am a big pusher of the movie Agora, which, if you get to know me well, I will most likely recommend to you, as I recommend it to just about everyone sooner or later. I recently came upon this review of Agora and found that it really captures what makes Hypatia such an intriguing figure.

★ Don’t get too excited… yet, because it’s release is still years away, but Wicked is going to be turned into a movie!

★ Cuzz everyone digs a good infographic : The meaning behind famous symbols.

★ NYC's oldest witch shop... After 34 years in business in the East Village, with the recession and the rising rents of gentrification claiming so many small businesses, Enchantments’ survival might make anyone believe in magic.

★ Dreams are tools of transformation...

★ Korean Vogue does Peru. Such a trippy culture clash, but I LOVE it- the colors especially... 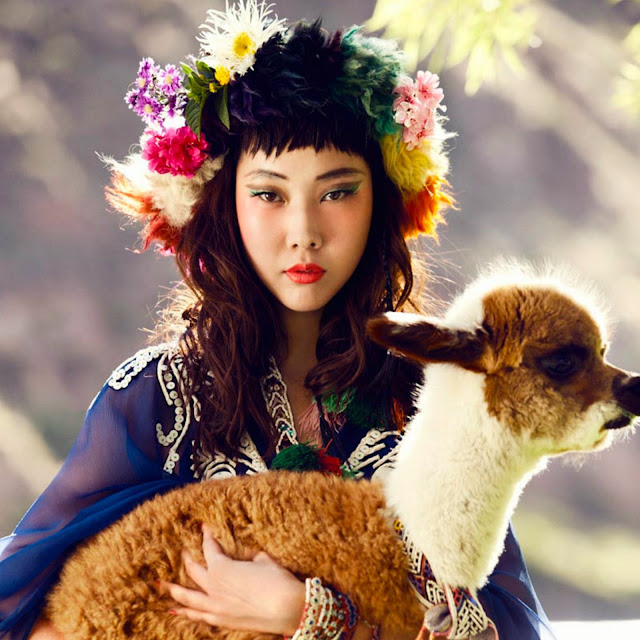 ★ Light pollution. It's a bummer, especially if you're trying to get a good night's sleep...

Light pollution is one of the most pervasive forms of environmental alteration. It affects even otherwise pristine sites because it is easily observed during the night hundreds of kilometres from its source in landscapes that seem untouched by humans during the day, damaging the nighttime landscapes even in protected areas, such as national parks

★ My friend, Dawn, randomly shared this with me last week & now I'm randomly sharing it here with you, because Unflattering Animal Pictures are damn funny.

★ KNOW THYSELF : How to use yoga to strengthen your inner-observer.

★ SUPER RAD MEGA HUGE LEVELS OF AWESOMENESS : How To Work With Saturn Square Neptune In Order To Transmute Tragedy

★ The Return Of Innocence... I had this yearning some years back & am happy to report that, once you make that initial return, you realize that you can return again & again as many times as you like.

★ The Christian worldview is linear, from creation to apocalypse, alpha to omega. The atheist worldview is similar, from primitive superstition to modern science to the nirvana that will supposedly come when everyone abandons religion and starts behaving rationally. The Pagan worldview, on the other hand, is cyclical... LOVE this. (Thanks, Meranda!)

★ Was Isaac Newton’s research into the occult more meaningful than his discovery of gravity?

★ WiTCHY VLOG OF THE WEEK :  Aepril Schaile of Aepril's Astrology on The Solstice & Upcoming Full Moon...