★ Hitchhike to Salem with these freakishly stylish witches... 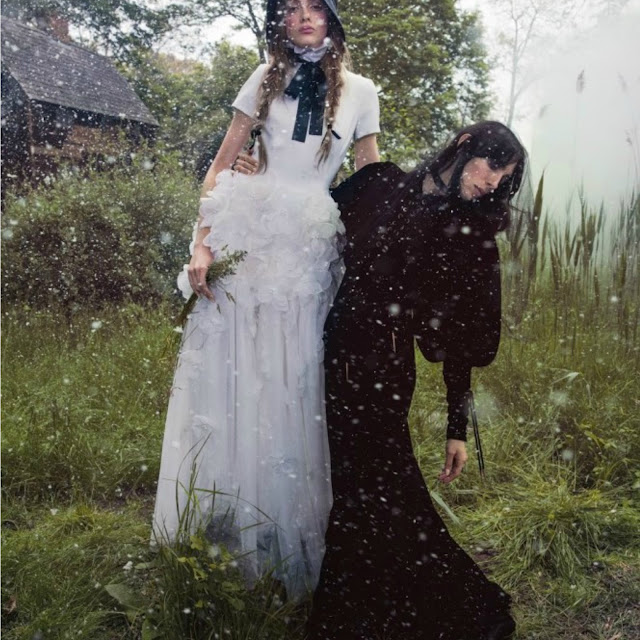 ★ The Ancient Gateway To America : This is all so wild & amazing to me, both the history & the science of it. The image that kept popping into my head as I read about this ancient frozen passage was the Tarot Illuminati’s 8 of Cups.

★ “What is all this sage burning, crystal collecting, essential oil rubbing wacko-ness?... Do Others Think You’re Woo-Woo Weird? 3 Steps to Own Your Sparkly Shit.

★ The Secrets Of The Wood-Wide Web.

★ In magick, a glamour is an optical illusion or visual manipulation that creates a psychological and/or emotional response in the viewer and, as this article demonstrates, within the glamoring witch as well. That is why fashion is no joke. You may think it's superficial, but it goes so much deeper than that.

★ Is death even a thing?

★ She Walks In Shadows was created in direct response to the notion that women don’t like to write about H.P. Lovecraft & his work, and that response is a full-throated roar from the women whose art & stories are contained in this unique & well rounded anthology.... 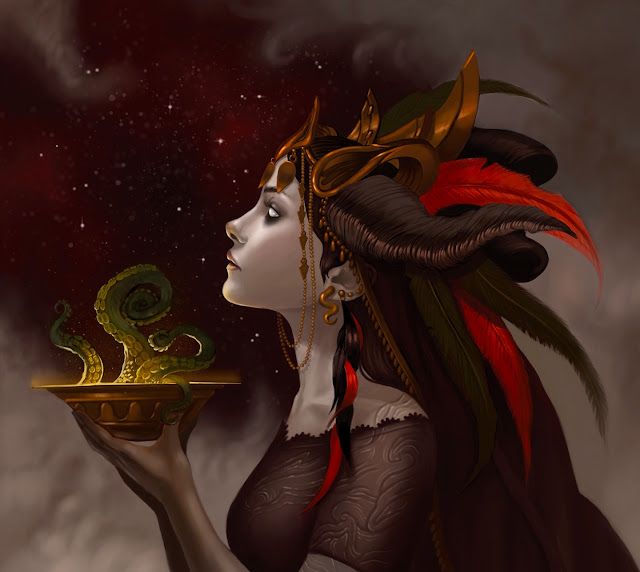 ★ You can’t give what you do not have…  So simple. So true. One minute with the late, great Wayne Dyer can shed so much light on your day.

★ The future has arrived, Witches... Putting a computer in your brain is no longer science fiction.

★ My have times changed! Author Kate West remembers when the only way to make contact with other Witches was to go to the library with your name and address on a piece of paper, and slip it into a certain Dennis Wheatley book. Presumably, the person picking them up would just show up at the door one day.

★ Look at how intricate & almost photograph-like the sketches in Da Vinci's notebook were. True genius!!! Also- can you imagine spending over 30 million dollars on a book purchase? And- if you could spend that kind of money on a book- would you?

★ WiTCHY VLOG OF THE WEEK : Kat Taylor on Moon Magick...


★ Tuesday's Episode Of HiPPiE WiTCH : Magick For A New Age...
Your Home Is Both A Mirror & An Expression of Your Soul