The Weekly Witch Review #115 : Animism Past & Future, Afro-Creole Spiritualism, How To Make A Blessing Tree & More!

★ The worst kind of loss is one you’re not even aware of. The loss of the wild and our allied wildness is one such loss, haunting us in a multitude of inner-howlings and muffled cries; deep, psychic pains and distant, all-engulfing yearnings...

★ The Fragrant Language Of Trees. 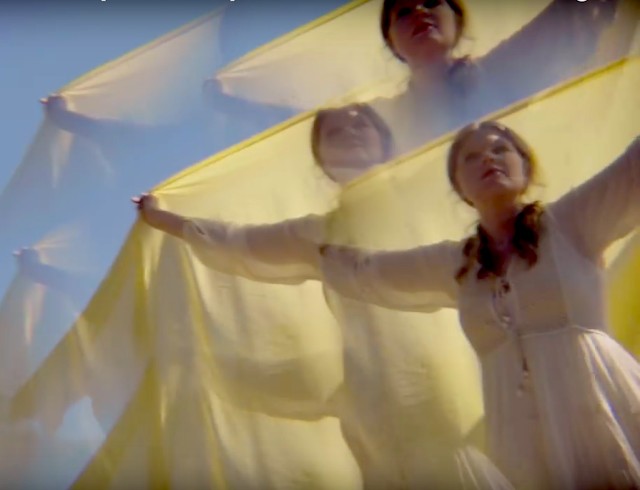 ★ The Cercle Harmonique : Have you ever heard the term Afro-Creole Spiritualist? Cuzz I hadn't until this week. And that- to me- is the great beauty of the spiritual community online. We get to learn so much about so many different paths. This read is especially interesting...

"The Cercle Harmonique was a group of Afro-Creoles, primarily men, in 19th-century New Orleans who believed they spoke with the spirits of the dead."

★ How to use your brain's delete button.

★ The language that nature speaks is the same language that we invented for mathematics... Legendary physicist Freeman Dyson talks about math, nuclear rockets & astounding things about the universe...

★ 20-Something Flashback (video) : Every single thing about this, the apartment, the clothes, the art taped to the wall, the obsessive writing, the secret journal vault, reminds me of the best of my 20s self. I have much fondness still for that me.

★ Super annoyed am I that I missed nabbing a copy of the debut issue of Sabat magazine. I actually drove all over Los Angeles looking for it, because I didn't want to pay international shipping. Ha! Can you imagine how much more I ended up paying in gas? And- for what? I didn't even score the magazine! So- I made sure to get in early on the action for their sophomore effort, The Mother issue.

★ What makes food different from herbs?

★ Okay- so you know I've been obsessed with Gucci since Alessandro Michele took the helm, right? Cuzz if not... now you do. The obsession is REAL. And the Gucci is GOOD. What I love about it is the super quirky, often witchy way it has ushered in this whole new punkish, playful take on fashion that has really breathed new life into an industry that sometimes takes itself way too seriously. The invitation to Gucci's Spring 2017 show is a perfect example of that...


★ Cybele is making a major comeback with the people of the Black Sea. She is an Anatolian mother goddess and the symbol of prosperity, with her pregnant belly seated on her throne. In Anatolian mythology she was the personification of earth. In Greek mythology, in which she was equated to Earth-goddess Gaia, Cybele was mostly associated with fertility, mountains, town and city walls, as well as wild animals such as lions.

★ This reminds me of the time many years ago that I drew an angry old crone carrying a catch of dismembered penises. I truly did not know why I was drawing it. The image just came to me & I thought it was funny in a sick & twisted kinda way. It really disturbed a friend of mine- whose name, fittingly enough, happened to be Peter! It was the only time in our otherwise friendly friendship that he seemed completely turned off by me. Wonder if we were tapping into something ancient & more sinister than either of us realized at the time?

★ Research like this fills me warm fuzzies... We are learning now how to not only communicate with horses in symbols, but to respect their wishes and use positive reinforcement instead of punishment in order to encourage their natural love of learning.

★ (podcast) Talking Animism Past & Future with Dr. John Reid... I especially enjoyed the part about feeding the microbiome.

★ WiTCHY VLOG OF THE WEEK : The Witchy Mommy On How To Make A Blessing Tree...


★ Tuesday's Episode Of HiPPiE WiTCH : Magick For A New Age...
Earth! Air! Fire! Water! Why You Need Them All.