MONEY MAGiCK : How To Move From A Poverty Mentality To An Abundance Mindset...

Money is NOT a four-letter word!

It's a symbolic language that, much like tarot cards or any other kind of oracle, will speak to & guide those who are willing to listen...

That's why I am choosing now, while it's still early in the new year, to revisit this subject and hopefully embolden you to make 2017 the year you finally transform your relationship with money from foe to friend...


"If magick is creating change in conformity with one’s will, changing your relationship to money is one of the most potent forms of magick there is." -The Rich Witch : 7 Portals Of Prosperity

★ Read a FREE preview & pick up your copy of The Rich Witch : 7 Portals Of Prosperity here... 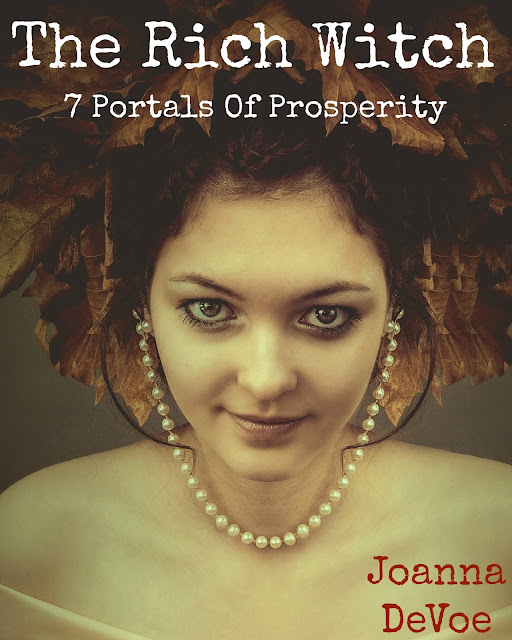 
"The Rich Witch was just the jump-start my business needed. I was feeling in a slump and needed some spiritual but practical tips and activities to move forward.  The first weekend I received the book my twitter posts went from less than 2000 views a day to 20,000 a day.  Now if that isn’t Law of Attraction I don’t know what is.  Even though they dipped back down a bit after that first weekend I feel like I have the tools to keep myself motivated and growing my tribe.

The most important thing The Rich Witch did for me was breaking down some of the barriers to promoting myself and my work.  I wanted people to find me on their own because in reality I was scared of stepping forward and saying “I am Awesome, check out what I can do.”

The Rich Witch helped me work through the fear of having my work seen by many others and ultimately bringing in more income.  I know it is an E-book I will revisit frequently to keep pressing onward."

"I devoured "The Rich Witch" within 24 hrs of getting it! It came just at the right time for me, and I am so excited to begin exercising my personal sovereignty, financially.

Unlike many others, I have been blessed financially throughout my life but had always been shy of 'owning it', and instead had feelings of guilt for being 'better off' than others. As a result, I have been vastly under-utilizing my financial resources.

Joanna has helped me to see my financial blessings as a powerful tool to become the person I am fully meant to be. Her perspective has encouraged me to start taking ownership of my money and put it to work for me!

I will be referring to the Rich Witch continually as I work my way through the tasks of the seven portals.

I'm thrilled to see how this new attitude pays off in the years to come."