Spiritual Maturity : The Only Person You Can Control Is Yourself...

You have two choices when you encounter O.P.S. :

2. You can simply say to yourself, "that is so not mine & I am not giving even one second of head space to that".

And- I’m not saying either approach is better, because it really depends on the situation and what kind of energy you feel like investing in it.

In fact, both options are neutral and either can be "good" or "bad".

For instance, going for option #2 and putting that shit out of sight-out of mind is often seen as a hallmark of maturity, which it often is.

However, it could also be a sign of ignorance and an attempt at spiritual bypass, which means that that particular brand of O.P.S. will be making a repeat performance in no time. And- it will continue to do so until you heed the message that life is trying to show you something important about yourself.

Conversely, let's say you decide to go for Door #1 and make it all about you.

In that case, you can move right into being offended, reacting in anger or fear or sadness. You can make a damn fool of yourself, if you wanna...

OR- you can take it to your journal or even just give yourself a brief moment of contemplation to explore the ways that O.P.S. is actually reflecting something active in your own system. It doesn't have to be an exact match. In fact- it's often not.

For example : A verbally abusive boss doesn't necessarily reflect the fact that you are verbally abusive. It could instead reflect back at you the negative self-dialog going on in your head and the need to write a new script.

Additionally- if you choose to make it all about you, you could also use the situation as a launch into setting a new standard for what kind of behavior you will and will not accept in your relationships. It could be an excellent opportunity to set some strong, healthy boundaries and to practice saying "No."

And I say this is a choice, but really- for many of us- before we reach a certain level of self awareness- it’s not. That’s why things like shadow work, introspective journaling and meditation can be so awesome.

Once you do reach a certain level of spiritual maturity- you DO have a choice and can make it about you in a way that is empowering. What could be more magickal than that?


★ The Spiritually Mature Witch : 5 Keys To Unlocking Your Personal Power is an AWESOME workbook for anyone looking to court spiritual maturity and on-the-go magick that actually works to transform the experiences of your life into a channel for personal power... 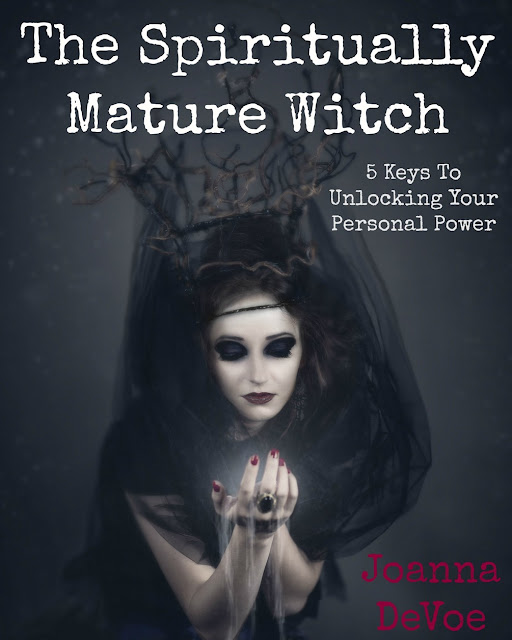