I Am The Dark. I Am The Light. And So Are YOU : Exploring The New Maleficent Archetype...

Linda Woolverton, a self-proclaimed feminist, wrote the screenplay for Disney's Maleficent, which is currently the most successful movie in the world.

She is also, thanks to her screenplay for Alice In Wonderland, the first woman to earn a sole writing credit on a billion dollar movie.

This is big news for women in film, for women who love movies, and for men who love women and want to live in a world where the masculine & feminine are culturally represented in balance.

It is probably no surprise then that this new Maleficent is multifaceted and more complex than her cartoon predecessor...


This Maleficent is both light and dark. She is neither villain nor damsel in distress. She is flawed, powerful, humorous, hard, soft, and subject to change. 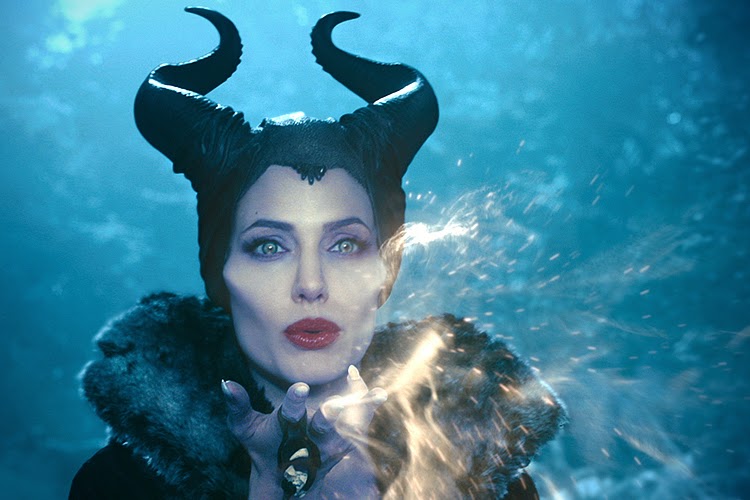 The Sleeping Beauty myth has been told in many ways by many cultures for hundreds of years and can be seen as a metaphor for what happens to girls when they come of age on or around their 16th birthdays (that damn bloody prick!) and fall into a kind of deep trance-like sleep that leaves them feeling powerless until awoken by the kiss of their one true love, their "prince".

It is a myth that has, especially in Disney's first take on it, reinforced the patriarchal idea of women as passive and naive creatures who must be protected from themselves and ultimately saved by a man.

Thankfully, it is a myth that is now being retold in a way that has the potential to break the Prince Charming Is Coming enchantment that has plagued both men and women for far too long.

The time is ripe for embracing the Sovereign Goddess, and I think that this new Maleficent archetype could go a long way in helping us do that...

At least that's what she says to me.

If you view all players in a dream or characters in a movie as archetypes or aspects of your own psyche, you might take the young, effervescent Aurora as the naive but fully engaged inner child and the bitter, disillusioned Maleficent as a kind of wounded healer... the eventually redeemed Mother figure on her way to becoming one kickass crone!

When a woman is betrayed by the man she loves and trusts, she may feel that he has stolen her wings, her pride, her joy and sense of freedom. She may grow vengeful and bitter.

She may blame, shame and regret the naivete of her youth for allowing this to happen, erecting thorny walls of protection around herself, and projecting her pain onto other young women by cursing their beauty & innocence.

She might even convince herself that she is doing them a favor by sparing them the grief she herself has suffered.

Unless... or until... she might one day find herself tempted by curiosity or some small amusement that opens her heart, even just a teensy crack to the joy & wonder & love-of-life that still exists somewhere deep within.

She could then be moved enough to eventually heal.

She may begin to feel a stirring within, a softness & growing compassion, a deep longing to lift the enchantment of anger, forgive the past, and embrace the sweet, dear inner child within... with love, true love, SELF LOVE, the kind of love that flings open the door to amazing possibilities and all kinds of magick.

It is then that the curse will be broken and she will be given back her wings.