I keep saying that. I keep writing that here online, as well as on just about every page of my journal.

And professional writers... it should probably also be said... they publish.

I have made money writing. I've made money writing screenplays that were never made into movies and songs that I am not allowed to claim, because I was paid A LOT of money to work on them as a ghost writer. I have also sold quite a few coloring books & hand-made zines featuring my poetry, which counts, right? I'm saying it does.

So why- even though I emphatically call myself a writer- do I not feel worthy of the title?

I'll tell you why... It's because of this damn novel- this whole damn series of novels that I claim to have been writing for a half dozen years but have yet to prove exist.

Have you ever heard the story of the boy who cried wolf?

He fucked with his local villagers, repeatedly pranking them into thinking they were in danger by crying "Wolf!" one too many times, until finally one day....

There really was a wolf. But no one believed him anymore. And the wolf ate him.

Will my wolf eat me? 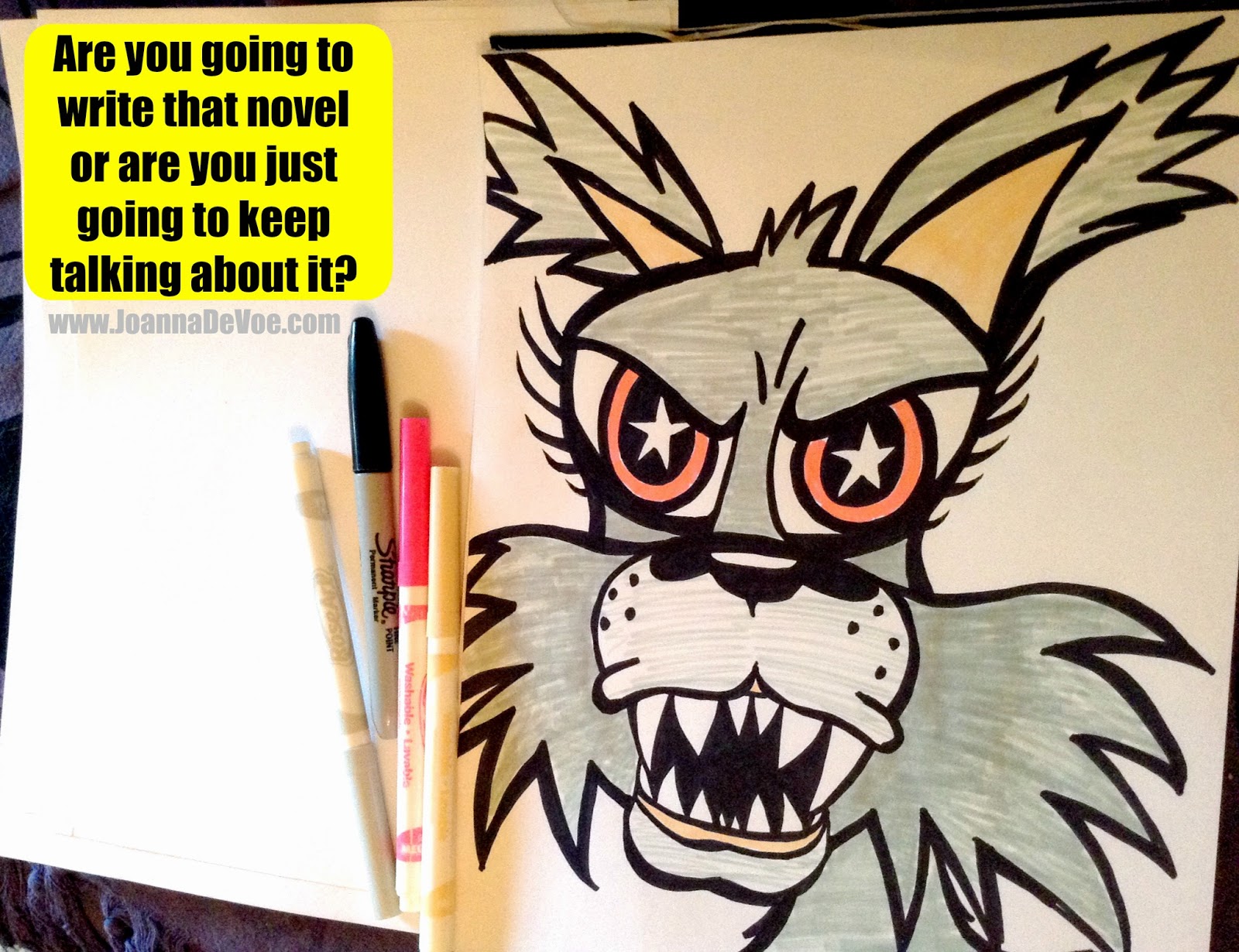 I see my fellow writers, writers who have actually published their shit, chugging along at a clip of a pace, and I feel inadequate.

Who takes this long to write a novel???

Let's do the math... I spent two years furiously researching and cranking out a first draft, another couple of years torturing it to death and still another couple "building my platform". (In case you hadn't noticed- THiS is my platform.)

For as much as I love to write about "MAGiCK with a K" here on the blog and talk about it every week on my podcast, I also feel compelled to explore that territory in fiction.

I'm hoping the two worlds will touch at some point, and I hope you'll be around to witness that.

As it stands, I can already feel a skeptical hush fall over the room when I mention "My Novel" to friends & family.

And- here's the thing- when I see someone else talking about the novel that they're writing, I inwardly roll my eyes and think, "yeah right. I'll believe it when I see it."

So- how can I blame anyone for doing the same to me?

Being a professional writer, a serial novelist, no less, is a lofty ambition. It's one of those crazy dreams that many people dream but very few put in the effort to make happen.

I know you might not believe me... yet... but I am determined to be one of those people.

And- in realizing that my own friends & family have begun to question my ability to pull this off, I have discovered a weird kind of freedom...

There's a freedom that happens when people stop believing in you, when they stop asking how the novel is going...

It allows you to start working under the radar and to also get clear on whether or not you are doing this out of some funky need for approval or if you're doing it because writers write and YOU, damn it, are a writer.